"The Hottest Love Has The Coldest End", Here Is The Top Five Celebrity Break-ups Of 2018 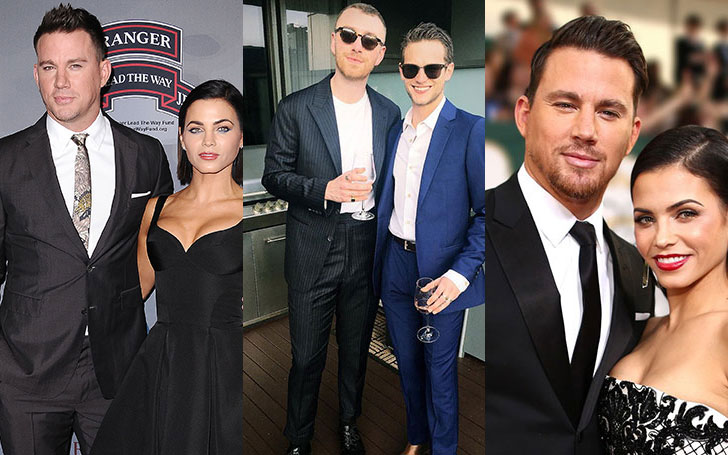 The year 2018 has been quite a year for Hollywood couples. While there have been surprised marriages of stars like Justin Bieber and Hailey Bieber, Miley Cyrus and Liam Hemsworth, there have also been controversial breakups like Ariana Grande and Pete Davidson.

All in all, It's been a year full of shocking and surprising celebrity break-ups. Let's take a look back at the top five celebrity Break-ups of 2018, as the year ends.

Emma Watson and Chord Overstreet broke up after their four months relationship. The adorable couple was spotted together in February till early March. As per sources, they spent a lot of the time together and were photographed kissing each other on the roads of Los Angeles.

The reason behind their break up is not revealed and also Watson have unfollowed Chord on social media; Instagram.

Also Read: "Every Love Story Is Beautiful, But Theirs Is Our Favorite", Here Is The List Of Top Five Best Couples Of 2018."

The star of '13 Reasons Why' star Brandon Flynn broke with his boyfriend Sam Smith in June 2018. The couple started dating each other in mids of 2017. The adorable pair was frequently found kissing each other publicly on the streets and they also were very open about their affair on social media.

The lovebirds had been in the relationship for around a year, however, in June 2018, they called it quits. Smith in an interview with The Times said:

"I'm still trying to figure out what I took from that relationship and what it meant to me. It's still quite raw."

WWE stars John Cena and Nikki Bella started dating each other in 2012. At WrestleMania 33, John Cena proposed Nikki Bella before a match and later got engaged in April 2017. After the engagement, they openly shared their thoughts about their marriage and children.

Surprisingly, in April 2018, Cena and Bella revealed their break up after six years of their relationship. Before Cena's relation with Bella, he was married to Elizabeth Huberdeau.

Channing Tatum and Jenna Dewan on Tuesday 3rd April 2018 announced their marriage off on Social media. The pair met each other on the set of 2006 movie 'Set Up' and exchanged vows in July 2009.

To clarify their separation, they in a joint statement said:

"We have lovingly chosen to separate as a couple. We fell deeply in love so many years ago and have had a magical journey together. Absolutely nothing has changed about how much we love one another, but love is a beautiful adventure that is taking us on different paths for now."

Recently, in October 2018, after six months of their split, Dewan filed the divorce from Tatum. The couple shares an adorable child; daughter Everly.

Jennifer Garner and Ben Affleck were happily married for more than a decade since June 29, 2005. The couple has been blessed with three adorable children before filing for divorce on 13 April 2017 and finalized on 5 October 2018 after three years of separation.

On June 27, 2015, multiple sources confirmed that Affleck was in a relationship with his children's nanny, Christine Ouzounian.  On June 13, 2015, the couple announced their divorce. Many thought the reason was that of the relationship between Affleck and nanny, but later Garner clarified:

"We had been separated for months before I ever heard about the nanny. She had nothing to do with our decision to divorce. She was not a part of the equation. Bad judgment? Yes."

Eventually, in April 2017, they filed for divorce. When the divorce was in process, Affleck was said to be in the relationship with Lindsay Shookus which lasted a year.

On 5 October 2018, their divorce was finalized by the court and they parted away.

You May be interested: The Year 2018 Was A Good Year Movies, Here Is The List Of Top Five Break Out Stars Of 2018.