John Cena Proposed Nikki Bella At WrestleMania. Was It A Real Proposal Or Part Of The Script? 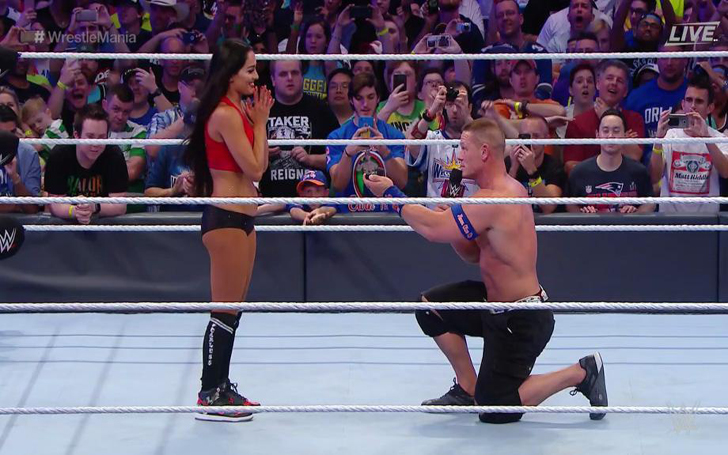 If reports are to be believed a news has broken down the server for all its positive reasons. The “you can see me” star and wrestling sensation John Cena is all set to marry his alleged girlfriend Nikki Bella.

Nikki Bella also is a wrestling star and currently the eye candy of the show after her link ups with John Cena.

Things got hotter at the WrestleMania 33 where John Cena proposed Bella. Yet people have no idea was it a real propose or just scripted like the one happened in raw of 1999.

In 1999 Raw, Triple H and Stephanie McMahon got married on stage as part of the storyline. Things went unexpectedly when they later legally got married. But as said it can be a part of the script as well. 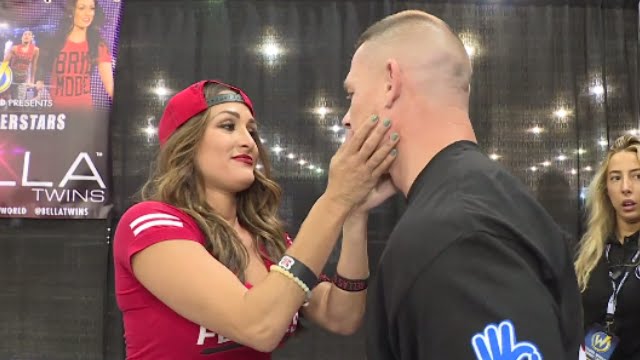 In this case where Nikki Bella and John Cena who are sharing their private space with each other have made big news regarding their relationship. Even some of their fans stated that they are already engaged in personal and it’s just a part of stunt at WrestleMania.

It has also made complicated to decide after looking at their different perspective towards making babies. Are they really going to marry? This is what the big question is. He was quoted saying:

“Would I love to marry you? Absolutely. I love you,” Cena said on an episode of Total Divas. “…What I’m afraid of, and this is the one thing I’m very much afraid of, if we were to get married tomorrow, and then you come to the conclusion that you want children, you know where I stand. In no way would I ask you to sacrifice anything for me.”

Well, there are a lot more to see in WWE. You will never know and things change just like that. All we can do is wait and watch.