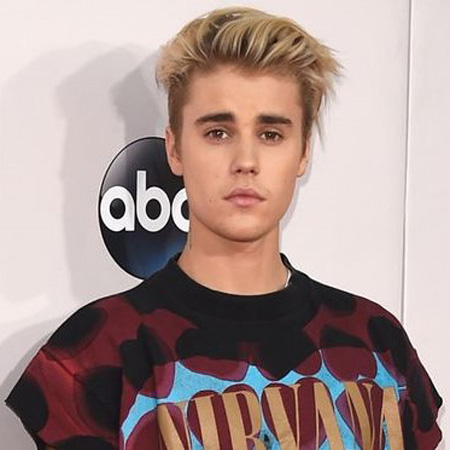 Justin Drew Bieber aka Justin Bieber is a Canadian singer-songwriter. He came into limelight after a talent manager found him vis his YouTube videos of covering songs. He is well known worldwide for his numerous catchy songs like, Never Say Never, What Do You Mean?, Cold Water, Let Me Love You, and Sorry.

He has won several awards in his career, including the American Music Award for Artist of the Year in 2010 and 2012, a Grammy Award for Best Dance Recording for the song "Where Are Ü Now", and a Latin Grammy Award.

Bieber belongs to the White  Canadian ethnicity and holds Canadian nationality. He has two half-siblings, Jaxon (born 2010), and Jazmyn (born 2009).

Patricia raised Justin with the help of her stepfather, Bruce, and mother, Diane. Bieber's mother is of Canadian-French descent.

Bieber joined a French-language immersion elementary school in Stratford, the Jeanne Sauve School. During his growing days, he learned to play the drums, piano, guitar, and trumpet.

Later, Bieber graduated from a high school, the St. Michael Catholic Secondary School, located in Stratford, Ontario. In 2007, he sang Ne-Yo's 'So Sick' in a local singing competition and became first runner-up of the show.

Bieber made his career debut in 2008 When Scooter Braun, a former marketing executive of So So Def Recordings, was searching for videos of various singers, he accidentally tapped on one of Justin's 2007 video.

Braun was pretty much impressed by his videos and tracked down the place where Bieber was performing and contacted his other Mallette. At his age of thirteen, Justin moved to Atlanta, Georgia along with Braun to record some tapes as a demo. After a week, he began singing with a famous singer Usher.

Bieber was signed to Raymond Braun Media Group, a joint venture between Usher and Braun. Pop singer, Justin Timberlake was also in a run to sign Justin Bieber but, he could not sign as Usher won the bid.

Usher then sought assistance in searching a label home for the artist from then manager Chris Hicks, who assisted engineer an audition with his contact L.A. Reid of The Island Def Jam Music Group.

In July 2009, Bieber's debut single 'One Time,' was released to radio, while he was still in the recording process for his debut album. The song peaked at number twelve on the Canadian Hot 100 after the first weeks of its release.

Later the song reached the number seventeen on the Billboard Hot 100 and had a huge success in international markets. His song was certified Platinum in the US and Canada and Gold in New Zealand, and Australia.

On 17 November 2009, Bieber released his first album titled 'My World.' The album's another single 'One Less Lonely Girl, and two promotional singles, Favourite Girl, and Love Me were released on the iTunes Store. The songs charted top 40 on Billboard Hot 100 list.

Bieber also performed Bryan Well's Ron Miller's Someday at Christmas for Barack Obama, former President of US, and first lady Michelle Obama at the White House for Christmas in Washinton. It was aired on 20 December 2009, on US television broadcaster TNT.

Bieber was also one of the performers for Dick Clark's New Year's Rockin' Eve, which was aired on 31 December 2009. The following year, 'Baby' was released from his first album, My World 2.0. The song also featured Ludacris.

Bieber's two promo singles 'U Smile' and 'Never Let You Go,' peaked at top twenty in Canada and reached top thirty on US Hot 100. To promote his album, Justin made his appearance on several live shows and programs including The View, Nightline, Kids' Choice Awards, Late Show with David Letterman, 106 & Park and The Dome.

On 10 April 2010, Bieber appeared as the musical guest on Saturday Night Live. On 4th July 2010, he performed at the Macy's Fourth of July Fireworks Spectacular in New York. His another hit single from My World 2.0, Somebody to Love was released same year in April.

In late 2011, Justin started recording his second album called Believe. The next week, he made his appearance on the Ellen DeGeneres Show to tell that the first song will be called 'Boyfriend,' and will be released on 26 March 2012.

Bieber's third album was released by Island Records later on 19 June 2012 The album focuses a musical departure from the teen pop sound of his previous albums.

On 3rd October 2013, Bieber made an announcement about his new song release every Mondy for ten weeks as up to the movie, Justin Bieber's Believe, which came into production in May 2012 and released on 25th December 2013.

Later, on 28 August 2015, Bieber released his another new single 'What Do You Mean?, from his fourth studio album Purpose. The song is a mixture of electronic dance music, teen pop, and acoustic R&B also was his first number-one single on the Billboard Hot 100.

Bieber was the youngest male singer to debut at the top of that chart. His song Baby was listed as the most disliked video on YouTube as of 2013, by the Guinness Book of World Records. On 23rd October 2015, he released the albums' another single called 'Sorry.'

Bieber's third single from the album is 'Love Yourself, which reached number one in the United States. The lyrics penned by Bieber and Ed Sheeran, another popular musician.  The album led him to be the first male artist in almost a decade to have three number-ones from a collection.

His album purpose was released on 13th November 2015, and reached number one on the Billboard 200, as his sixth album to debut at the top of the chart. This album was Bieber's fourth best-selling of 2015 with 3.1 million copies of sales worldwide.

Later in August 2016, Bieber and French DJ Snake released their combination song 'Let Me Love You.'

Bieber alongside Daddy Yankee and Luis Fonsi released a remix version of their song Despacito. The song was Bieber's first release of 2017 and the first Spanish song.

On 29 April 2017, Bieber, alongside Chance the Rapper, Quavo, and Lil Wayne did vocals on DJ Khaled's single 'I'm the One.' The song peaked at number-one on the Billboard Hot 100. After one week, Despacito was on the lead at charts in the U.S. making the first Spanish-language Hot 100 number one.

On 17th August 2017, Bieber released his single 'Friends,' in collaboration with an American songwriter and record producer BloodPop. Songwriters Justin Tranter and Julia Michaels reunited with Justin Bieber to make the song like they helped create the song 'Sorry.'

Justin Bieber earns an enormous amount of money from his successful career as a songwriter and singer; he has released numerous songs and written too including, 'Let Me Love You,' 'Never Say Never,' 'One Time,' which adds up to his total net worth of $265 million.

His someday scent came out in 2011, broke records when $3 million worth was sold in the first three weeks. He currently resides in an apartment in Beverly, he pays monthly $55K for the rent of the apartment.

Bieber was rumored to be in an affair with several girls before Selena Gomez and after her, but none of them confirmed.

He is the follower of Christianity. He cites The Beatles, Boyz II Men, Mariah Carey, Michael Jackson, Justin Timberlake, and Usher as his inspirations for his successful musical career.

The pop star, Justin Bieber, is one of the famous sensations in the social media. He is pretty active on social sites likes Instagram, Twitter, and Facebook.

As of October 2017, he has 94 million followers on his official Instagram account. Bieber frequently shares his day to day activities with his followers.