It's Over!!!! John Cena And Nikki Bella Split After Six Years Of Togetherness 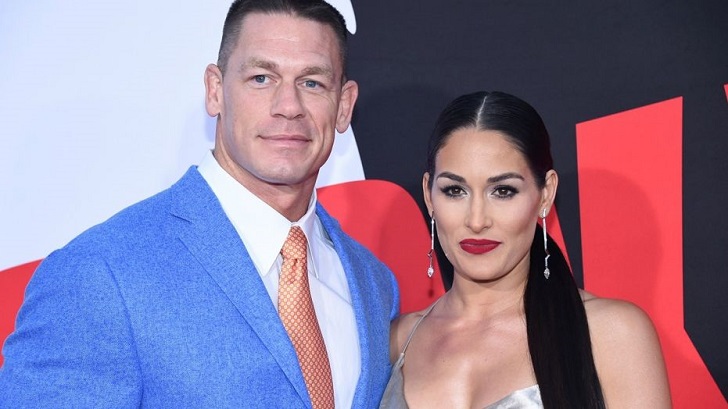 After six years of relationship and one year of engagement, the WWE stars John Cena and Nikki Bella have officially announced their separation. Cena, 40, and Bella, 34, have been together since 2012 and even documented their relationship on E!'s Total Bellas and Total Divas. 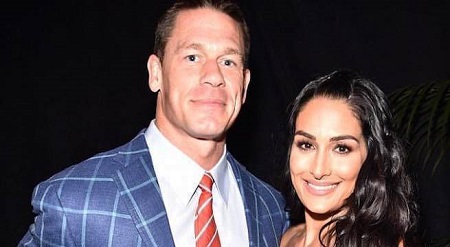 The couple's representative confirmed the news:

"After much contemplation and six years of being together, Nikki Bella and John Cena announced today their decision to separate as a couple."

The pair further released a joint statement to the Us Weekly:

"While this decision was a difficult one, we continue to have a great deal of love and respect for one another. We ask that you respect our privacy during this time in our lives. "

The duo was last spotted together at Wrestlemania 34 on April 8, 2018. 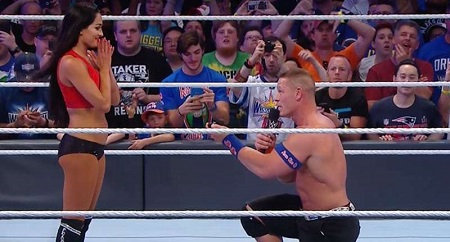 CAPTION: John Cena And Nikki Bella Got Engaged In April 2017 At Wrestlemania 33 In The Middle Of The Ring SOURCE: Sportskeeda

Cena and Bella started dating since 2012 and after nearly five years the Ferdinand star proposed Bella at Wrestlemania 33 in the middle of the ring in April 2017.

"Such a wonderful, meaningful, emotional day yesterday with the woman of my dreams and both of our families".

Cena hint about having some sorts of trouble in their relationship last month during an interview with Us Weekly:

“Relationships are hard. Don’t ever think that love is easy. Love is beautiful, but we’ve had to come to the realization after being together for five years that love is not easy, We work every day on us. We have our problems just like everybody else. Some of our problems are very public, some of them aren’t. But we work every day on us. Anytime I get upset, I always just realize that I can’t live without her and I love her and that’s why I cave in on a lot of stuff.”

“It takes being able to mesh two lives. I would never ever want Nicole to be in a position where she says, ‘I’m holding you back from doing this because I feel it’s wrong for us.’ And I would never say that to her. That’s why she’s super busy and sometimes we don’t see each other for months at a time, but when we do see each other, it’s our time together. I think, for now at least, that is certainly what’s making this work.”

Cena was previously married to Elizabeth Huberdeau. The couple tied the knot on July 11, 2009, and divorced in 2012.