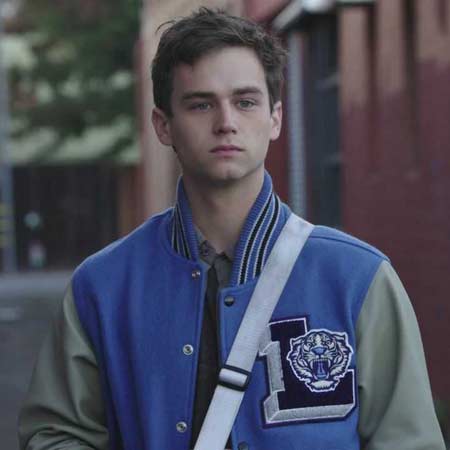 13 Reasons Why actor, Brandon Flynn made his Hollywood debut in 2016 from the TV series, BrainDead. Flynn’s career took off after appearing in the Netflix’s TV series, 13 Reasons Why. He is a s sociated with the series since 2017. As of 2018, he is working in HBO’s series, True Detective. In 2017, Flynn confirmed that he is also a part of LGBT community. The same year, he started dating singer Sam Smith.

Brandon Flynn was born on 11th October 1993 in Miami, Florida to Michael Flynn and Debbie Flynn. Flynn is Libra which defines his personality to be gentle and kind. He is American by nationality and belongs to White ethnicity. He has two sisters, Jaime Flynn and Danielle Fynn.

Brandon Flynn made his Hollywood debut in 2016 from political satire science fiction movie, BrainDead. He guest starred in the series alongside Mary Elizabeth Winstead, Aaron Tveit, Tony Shalhoub and Danny Pino. The following year, he worked in a short film, Home Movies.

Flynn’s career took off when he landed a role in Netflix’s mystery teen drama web TV series, 13 Reasons Why. He worked in the show with Katherine Langford, Dylan Minnette, Alisha Boe, Christian Navarro and Miles Heizer.

CAPTION: Brandon Flynn in one of the scenes of 13 Reasons Why. SOURCE: Hollywood Reporter

Brandon Flynn has an estimated six-figure net worth, however, the amount is still under review. Flynn earns a salary of $50k per episode from the TV series, 13 Reasons Why.

As per some online sources, TV stars averagely earns $150k to $1 million.

Besides, Flynn has a Tibetan Terrier costing around $1k-$1500.

Brandon Flynn, the rising actor, is openly gay. In September 2017, he confirmed being part of LGBT community via Instagram in the response to an anti-same-sex marriage message in Sydney. He posted a rainbow flag with a caption,

‘’ Too many of my friends have been kicked out of their homes, kept in the closet, beat up, killed, ridiculed by church and state, institutionalized... and you are scared that if we vote YES, you won't be able to show your hate for Us. F--k that. We've been scared sh-tless our whole lives thanks to all the stigmas that surround us, stigmas that were set in place by the same kind of people who flew that plane over Sydney.’’

Flynn is dating famous English singer-songwriter, Sam Smith since September 2017. The couple was spotted kissing and cuddling in many places.

Flynn is a fan of Nirvana.

Here is the video where Brandon Flynn talks about 13 Reason Why: