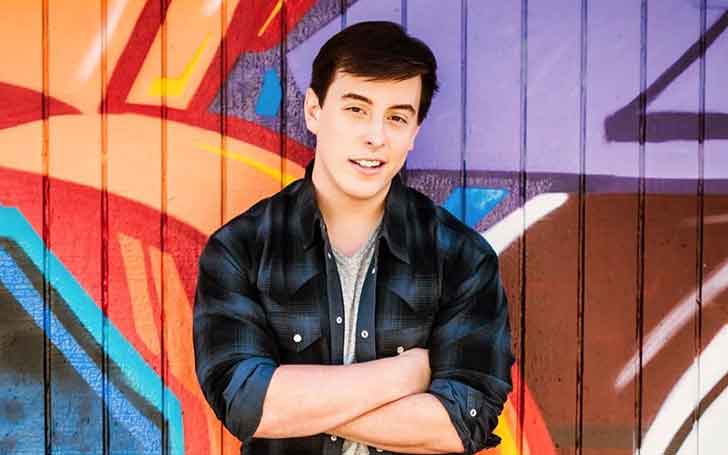 Thomas Sanders is a popular internet personality. He rose to fame from former video-sharing app Vine in 2013. He was one of the most followed people on Vine as he had 8.3 million followers and over 7.4 billion loops until it was shut down by Twitter in January 2017.  After that, he continued making funny and short videos on YouTube, Twitter, Instagram and so on. As of August 2018, his YouTube channel has 2.7 million subscribers.

No doubt Sanders has a huge fan following and people wants to know everything about him which is why he is often questioned about his sexuality.  There are lots of rumors of him being gay, Has he addressed those rumors yet?

Is Thomas Sanders Gay? Who is his Boyfriend?

Youtuber Thomas Sanders’ sexuality is one part of him his fans are always eager to know. 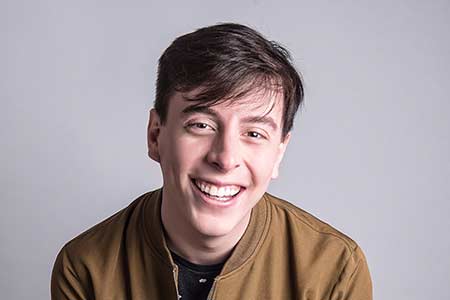 After lots of speculations finally, in June 2017, Sanders revealed his sexuality and came out as gay.

He revealed that he is not bisexual and clarified that all the times he played relationships in his videos, he was only playing characters.

As of now, he is not dating anyone (publicly) and does not have a boyfriend.

A former Vine star and current actor/musician Thomas Sanders is just 29-year-old but has achieved so much to date. He started his journey with Vine in 2013 where he posted numerous comedy and lip sync videos.

Sanders was also active on YouTube back then and after Vine shutdown, he became a full-time YouTuber. His channel has 2.7 million+ subscribers and 165 million+ views as of August 2018.

Sanders was also interested in music when he was very young and uploaded several cover songs of numerous artists on his channel. He also uploads original songs of his own and his friends’ on his channel.

Apart from his music and YouTube career, he also works in musical theater. He debuted when he was in seventh grade, in the early 2000s, performing Macduff in a middle school production of Macbeth. In August 2016, he went to a stage musical tour in 17 cities of USA and Canada.

In January 2017, Sanders made a guest appearance in the Disney Channel’ sitcom Bizaardvark. On 20 March 2017, he co-hosted a special episode of Walk the Prank titled Talk the Prank with Thomas Sanders and David Lopez, on Disney XD.

Thomas Sanders’ work has been honored with several awards. Here is the list of awards he has own throughout his professional journey.