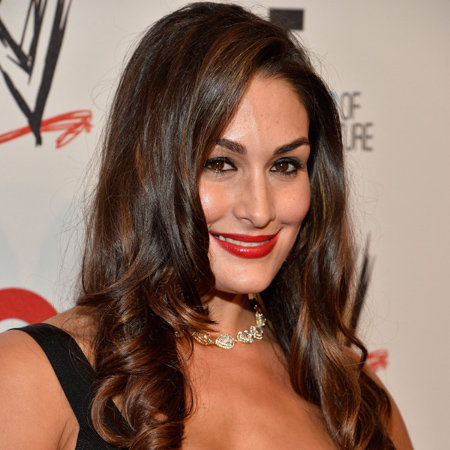 Nikki Bella is a professional wrestler (a WWE Diva), actress, and model. She signed to WWE under the ring name Nikki Bella, performing on the SmackDown brand. She is widely known by her team called Bella Twins that consisted of her real-life twin sister, Brie 'Brianna' Bella. Bella has earned much fame and popularity with her playing style and character.

Bela was born as Stephanie Nicole Garcia-Colace on November 21, 1983, in Scottsdale, Arizona, Unites States of America. She holds an American nationality belonging to the white ethnicity.

Bella is a WWE diva and teams up alongside her twin sister Brie 'Brianna' Bella, known as the Bella Twins. The two sisters were born to an American mother, Kathy Colace and a Mexican father, Jon Garcia.

Their father worked as a soccer coach for the local team, thus the two sisters were always excited into sports from childhood. She and her sister both played for the Scottsdale clubs, from a very young age. Both the sisters were raised in a Christian family, and they follow the same religion. With mixed European ancestry, she is an American by nationality and belongs to white ethnicity.

Growing up together in the provinces of Scottsdale, both of them studied at the Chaparral High School and studied in the same class, unless separated by their mother when they were in grade three.

The main purpose of separating them was to give them some independence and space to make new friends. With no record of their further education of college level, they graduated from their high school in 2002 and went to study further in San Diego, California but soon moved to Los Angeles and took a job there as waitresses.

In addition to their job, the sisters started to do some modeling as well as acting and were hoping to find a good agent who would provide them with big money projects. They also found a role in the FOX TV's drama Meet My Folks.

With Budweiser as the main American promoter of the FIFA World Cup 2006, they were selected for a photo shoot with the World Cup trophy before they applied for the WWE Diva Search in the same year. Having been rejected by WWE, they had already gained some popularity at the time.

Having joined WWE from 2007, she hasn't made many solo appearances, as she and her sister team up together mostly. Good looking and attractive women, it is interesting to see these beauties fight with other divas.

The major highlight of Nikki's career came in 2012, when she won the WWE Diva's Championship, beating A.J. Lee in the finals of Survivor Series.

Nikki Bella's Net Worth and Salary

Bella earns $400,000 yearly from her wrestling career. She has maintained an incredible net worth of $4 million. She owns a beautiful house in New York worth $3 million. She also owns a Range Rover, which was gifted by her boyfriend, Cena in 2013.

Bella, age 33, is not married yet. Having made a positive impact in the WWE arena, she is in a dating relationship with Artem.

Lake Tahoe makes my soul smile & my inner child come out and play!

Previously, she was in dating the WWE star, John Cena since 2011. They got engaged to Cena on April 2, 2017, after a long-term relationship with him. Cena proposed her in after their mixed tag-team match at WrestleMania 33. Cena has especially designed an engagement ring. The couple has posted several pictures together on their Instagram accounts.

The couple were in a good relationship for a long time and has decided to get married in the future. She has stated to her fans that it will be declared soon to them.

Bella has claimed that the date with Cena was her best date ever in her life. She is extremely happy after having the decision of John for their marriage.

However, the longtime couple called off their relationship in early 2019.

Prior to her relationship with Cena, her boyfriend was another WWE star, Dolph Ziggler, with whom she was together from 2007 to 2010. With no other rumors in her dating list, she has not been married till date and thus has no children.

Bella currently resides in a magnificent mansion located in Tampa, Florida, with her boyfriend, Cena. 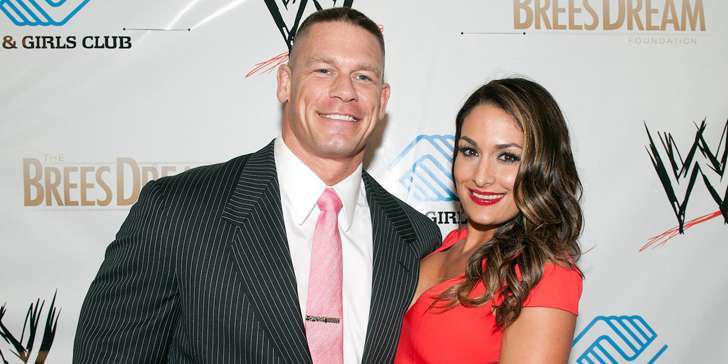 When John Cena is going to make Nikki Bella as wife