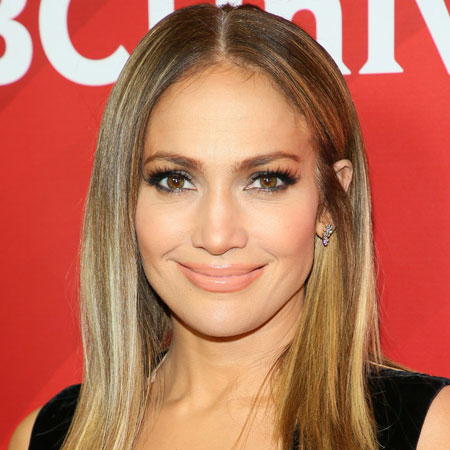 Jennifer Lopez successfully carved her identity in Hollywood as 'triple threat' talent with her skills as a singer, dancer, and actor. She is probably the only Hispanic- Latino artist in Hollywood to have earned millions of fans and dollars. Lopez is mostly known for her songs like On the floor, Ain't your mama, Papi, dance again, All I have, etc. She is also known for beautiful dance skills.

Lopez started out as an actor and later delved into a singing career. Her role in 1997 movie 'Selena' opened doors for her Hollywood career. Her solid performance in 'Selena' earned her respect and love from audiences and critics. She later transitioned to a music career and found success there as well.

Jennifer Lopez was born as Jennifer Lynn Lopez to Peurto Rican parents on July 24, 1969, in Bronx, New York, USA. She was born as a second child to father David Lopez and mother Guadalupe Rodriguez. Her father David worked a night shift job at Guardian Insurance Company; where he became computer technician later on.

Her mother Guadalupe was a homemaker. She has two sisters: Leslie and Lynda. Before purchasing a small two-story home with savings, her family used to live in a small apartment. Her family were poor but lived a happy, peaceful life.

Lopez studied in Catholic schools and ended her school life at Preston High School. She started to learn singing and dancing skills at the age of five. Her parents encouraged her to improve singing and dancing, along with her siblings. In her final year of high school, she auditioned and got a role in 1986 movie "My Little Girl'.

Lopez enrolled at Baruch College but dropped out to pursue a career in films. She moved to Manhattan to prepare for her movie career; after her parents disapproved her plan to build carer in movies. After working as dancer and actor in some stage musicals, Lopez landed a role in the TV show 'In Living Color'; where she worked as regular cast until 1993. She also worked as a backup dancer for Janet Jackson.

In 1993, she landed her first acting role in the movie 'Lost in the Wild'. 1995 and the movie 'My Family' was her first big screen movie role. She went on to act in movies like Money Train, Anaconda, U-Turn, The Cell, Maid In Manhattan, Selena, etc. So far, she has acted in about 37 movies and 17 TV shows. She rose to prominence with her performance in 1997 movie 'Selena'. She became the highest-paid Hispanic-Latino actress in the history.

Jennifer Lopez began her music career in 1999. Lopez released her debut album 'On the 6'. Her song 'If You Had My Love' from the first album managed to become a platinum hit within two weeks. With this, she became the first artist to top the Billboard Hot 100; with a debut single since Britney Spears did so with her single "...Baby One More Time". Her musical career was much more successful than her movie career; surprising her critics.

She became a huge pop star by the end of 1999. "Waiting for Tonight", the third single from On the 6, was a rage among listeners then. She tweaked her image as sex symbol and JLO and later named her second album J.Lo. The album debuted at #1 in top charts and rose her popularity. In her career, Lopez has released eight albums, two compilation albums and 63 singles. More than 40 million of her albums have been sold, worldwide. She has worked with major record labels such as Work Group, Epic Records, Island, Capitol, Sony, etc.

Jennifer Lopez's 2018 net worth is estimated to be above $360 million. As per the report, in 2017/18, Lopez netted around $ 360 million in net worth from her movies, music, endorsement, appearances, judging, fashion line, beauty products, and exclusive deals.

She was paid $ 12 million to judge the contestants in American Idol in 2012. Her endorsement with brands like L'Oreal and fashion designing brought her whopping $2.9 million revenue. She has also launched her own fragrance line 'Loev and Light', which earned her millions if not billions. In 2013, she managed to gross over $45 million from her music career and another $ 20 to $30 million from movie and endorsements.

Jennifer Lopez is currently dating professional baseball player Alex Rodriguez. Not much has been revealed about how and when they met and started dating. But, it is reported that they started seeing each other in February 2017. She doesn't shy away from showing her love to Alex in her social media. The pair has purchased a four-bedroom apartment in New York worth $15 million.

She has been romantically linked to the slew of celebrities, co-stars and civilians alike. As per the report, she dated David Cruz for ten years, from 1984 to1994. She dated actor Wesley Snipes, dancer Casper Smart rapper Sean "Diddy' Combs and actor Ben Affleck, for a brief period of time.

Jennifer Lopez has been married to and divorced from three men in her life. She was in a marital relationship with Ojani Noa from 1997- 1998. She married Chris Judd in 2001 and after problems crept in their marital life; divorced him in 2003. Lopez was engaged to Ben Affleck for some time, and after the break-up, they called off their engagement.

Lopez married singer Marc Anthony in 2004 and gave birth to twins: daughter Emma Maribel Lopez and son Maximilian David Lopez, in 2008. The couple divorced each other in 2014.