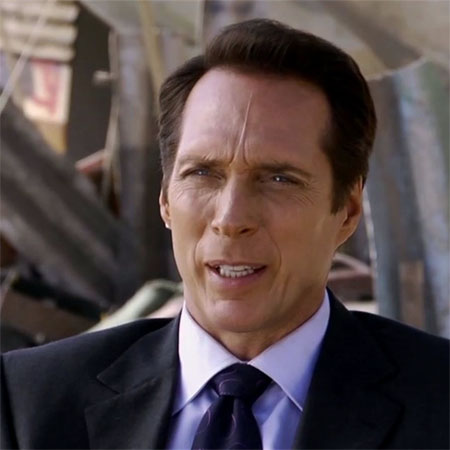 American aspiring actor, William Fichtner is well recognized for his outstanding acting in several movies and TV series. Some of his popular movies are Heat, Contact, Armageddon,  Crash, Blades of Glory, Black Hawk Down, Nine Lives, The Perfect Storm, The Longest Yard, Mr. & Mrs. Smith, The Dark Knight, Date Night, and Teenage Mutant Ninja Turtles among others. Whereas, some of his popular TV series include Prison Break and Invasion.

Fichtner made his Hollywood debut in 1994 from the movie, Quiz Show. Active in the entertainment industry since last two decades, he has earned a massive net worth.

He has been married twice and shares two children one from each marriage.

William Fichtner was born William Edward Fichtner Jr. on 27th November 1956 on Mitchel Air Force Base, New York under the birth sign Sagittarius. Fichtner is American as per nationality and belongs to German ancestry.

His parents, Patricia A. and William E. Fichtner raised him with four siblings, all sisters, Patricia, Pamela, Margaret and Mary Fichtner in Cheektowaga, New York.

He also studied acting at the American Academy of Dramatic Arts in New York. According to Fichtner, his decision to study acting was influenced by Don Harvey, Farmingdale State College admissions counselor. Later his interest in acting grew stronger after watching Broadway shows in New York City. He was even awarded an Honorary Doctorate of Humane Letters by Farmingdale State College in May 2008.

William Fichtner made his Hollywood debut in 1994 from the historical film, Quiz Show directed by Robert Redford. His performance in the movie earned him high appreciation from critics and fans. The following year, he worked in five movies, Reckless, Heat, Strange Days, Heat and Underneath.

Fichtner then landed many roles and appeared in movies such as Contact, Go, The Settlement, The Perfect Strom, Drowning, Passion of Mind, Black Hawk Down, Crash, Nine Lives, Blades of Glory, First Snow, The Big Bang, and Krystal among others.

Among all his acting venture here are the top 5 famous movies of him.

As of 2018, he is working on Finding Steve McQueen as Enzo Rotella and Cold Brook as Ted Markham. He is also a director and co-writer of Cold Brook.

Fichtner made TV debut in 1987 from CBS’s soap opera, As the World Turns. In 1989, he appeared in some of the episodes of A Man Called Hawk and Baywatch.

Some of his other TV Series include Grace Under Fire, The West Wing, MDs, American Dad!, Crossing Lines, Empire, and Shooter. Particularly, he is famous for

William Fichtner has won few awards for his performance in various movies. Here is a list of the awards:

On the Buffalo Niagara Film Festival's Walk of Fame, he became the first person to get a star.

Some of his other nominated awards are Saturn Awards, Gotham Awards, and Phoenix Film Critics Society Awards.

William Fichtner has an estimated net worth of $8 million. Fichtner earned such an impressive amount from his acting career. He appeared in several movies that made a good collection at the box office.

The mains casts of Prison Break like Wentworth Miller, Sarah Wayne Callies and Dominic Purcell earned a salary of $175k per episode including Fichtner.

He owns a home in Glendale, California. At the Toyota Grand Prix of Long Beach event in April 2011, he won a 25th annual Toyota Pro/Celebrity Race for charity.

William Fichtner, the talented actor has been married twice. Fichtner was married to Besty Aidem, his first wife, in 1987. She is an actress popular for her role in The High Life. The couple together shares a child, Sam Fichtner. The couple divorced in 1996.

Fichtner exchanged vows for the second time with Kymberly Kalil on 25th July 1998. The couple welcomed a child, Vangel Fichtner together. It was once rumored that they started the paperwork to get separated after living together for almost 2 decades. They, however, have not confirmed the news yet. 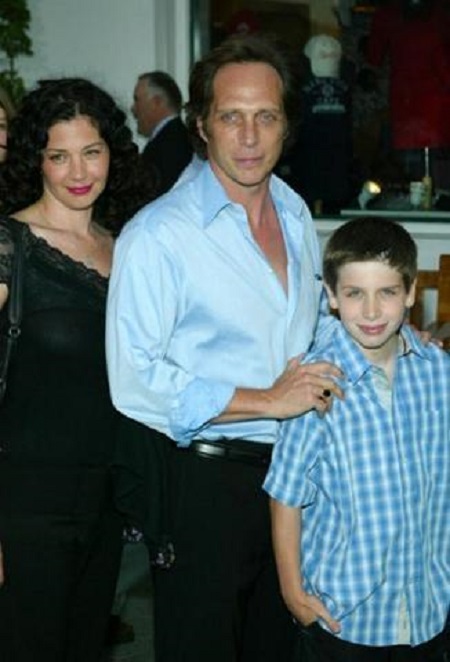 He is a race-car enthusiast and is a supporter of NFL (National Football League)’s Buffalo Bills. He even worked in the commercials for the team. In 2017, he narrated Four Falls of Buffalo, ESPN 30 for 30 documentaries.

Here is the video, where William Fichtner talks about his career: