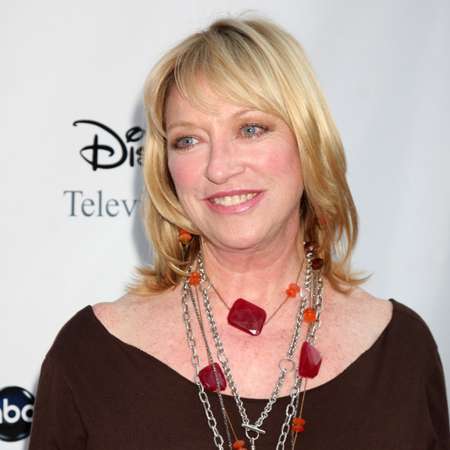 The Saturn Award-winning actress Veronica A. Cartwright is an English-born American actress. She has appeared in numerous films and television programs including The Children's Hour, The Birds, Alien and Just Married. The actress started her acting career from an uncredited role in the movie In Love and War in 1958. She achieved successes with Invasion of the Body Snatchers in 1978. In 2017, she appeared in a TV movie Mommy, I Didn’t Do It. She currently filming the new project Limbo.

Veronica A. Cartwright was born on April 20, 1949, in Bristol, England, United Kingdom. She was born in England later her family migrated to Los Angeles of America. Her younger sister is also a successful actress in the industry her name is Angela Cartwright. She grew up in Los Angeles with her sister.

She began her career modeling and doing print ads and then became the Kellogg’s Girl doing commercials for Kellogg’s corn flakes, Rice Krispies and Sugar Smacks.

She has spent 6 decades of her life into acting. Her best presentation is within The Children’s Hour where she kept up herself with her amazing presentation. In addition to this, The Birds is also among the appreciable work of her life.

Veronica was very keen on acting and she was much into the entertainment industry. This is also the reason why she used to perform acting and drama in front of college as well as made an exclusive presentation in front of a mirror.

Her acting career start was being as a child actress when she played her role in the film In Love and War released in the year 1958.

After this, her working within the year 1963 in Alfred Hitchc* * k’s The Birds was also calculated among the best workings of her. But her career was in slow mode during the year 1960. After that, she got 2 successful hit with the two blockbuster movies named Invasion of the Body Snatchers as well as Alien that came in the year 1978 and 1979 back to back.

Cartwright then appeared in numerous films including Spencer’s Mountain (1963), Inserts (1974), Money Talks (1997) and Scary Movie (2002). She appeared in the rom-com film Just Married starring Aston Kutcher and Brittany Murphy in 2003.

Cartwright continued to enact in the other films like The Invasion, Montana Amazon and The Odd Way Home. In 2015, she appeared in a feature film, The Dark Below.

Veronica Cartwright made her tv debut from an episode of The Lone woman in 1959. She then appeared as a guest in several series and TV movies. In 1997, she made a guest appearance in the series ER. She even nominated for Primetime Emmy Award for Outstanding Guest Actress in Drama Series.

Veronica Cartwright's Net Worth, Major Source Of Income, And Charity

Veronica Cartwright’s net worth is $400K, according to the Net Worth Post. She has ama s sed a hefty amount of net worth from 6 decades-long acting career. Her sister, Angela Cartwright has a whopping net worth of $5 million.

Her films have garnered nearly $1 billion amount as of now. In 2003, she was a part of the rom-com Just Married which made $101.5 million at the Box Office. In the movie, the actress shared the screen along with David Moscow and Ashton Kutcher. Her next movie Kinsley collected $16.9 million. She has also involved in several charitable works and movements for a long time.

In the mid-1960s, Cartwright started dating actor Richard Gates.  The duo dated almost three years and got married in 1968. But, they divorced after three years.

After divorcing him, she re-married to Stanley Goldstein in 1976. They were lived as a spouse for almost four years and divorced in 1980.

Then, she started dating actor Richard Compton in 1980. The pair got married after two years. She must have felt like finding a soulmate in him. She was married to him until his death in 2007. She has a son Dakota Compton with her late husband Compton.

Veronica Cartwright has been married thrice. For the very first time, she got married to her spouse after making him her boyfriend whose name is Richard Gates.

He got married to Richard in the year 1968 and with a high degree of misunderstanding in 1972 she got a divorce from her him.

Along with this for the second time she got again married to Stanley Goldstein in the year 1976 after the affair but unfortunately, this couple also got a divorce in the year 1980.

As similar to this she again got married for the third time with Richard Campton in the year 1982 but her spouse died with some disease in the year 2007 and she stayed as a widow after the time. She claims now she is single with no affairs and children left in her life.

We present the interview with Veronica Cartwright