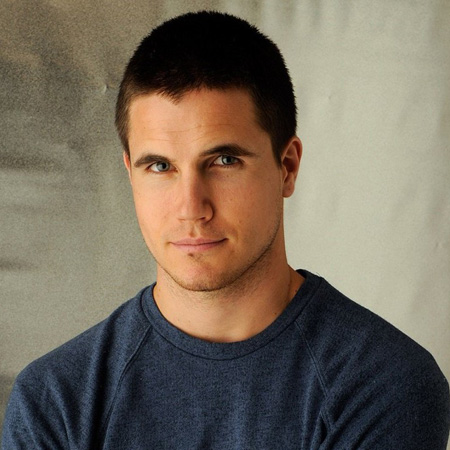 Robbie Amell is a Canadian actor and model, well known for his portrayal as Stephen Jameson on The CW's series, The Tomorrow People. Moreover, Robbie also made his appearance as Fred Jones in the 2009 TV movie Scooby-Doo! The Mystery Begins

Robbie Amell was born on 21 April 1988 in Toronto, Ontario, Canada. Amell is the son of Jo and Rob Amell works in the custom jewelry business. Robbie is the first cousin of Arrow actor, Stephen Amell.
With his sister, Amell began modeling and acting in small roles in commercials at his early age of six.

When Robbie was eleven, he started landing roles in high school plays such as Louis and Dave and Fiona, Pica s so at the Lapin Agile. He is white in ethnicity and holds Canadian nationality.

Amell's interest in acting led him to attend Canadian Studios Acting Academy. Later he got graduated from Lawrence Park Collegiate Institute in 2006.

Robbie Amell's debut role was as Daniel Murtagh in Cheaper by the Dozen 2, which was filmed in the Muskoka Region of Ontario. Amell also made his appearance in the 2007 horror movie Left or Dead.

Amell also had a role in the Canadian Family Channel series Life with Derek, playing lead character McDonald's Boyfriend, Max Life with Derek was distributed all over the world, including US Disney Channel and its international affiliates.

Robbie has also made his appearance in the ABC Family film Picture This. He had a recurring role on both the Nickelodeon series True Jackson, VP as Max Madigan's nephew Jimmy, Truels love interest, and the Cartoon Network series Unnatural History.

Amell also portrayed as Noel Kahn's brother Eric on the ABC Family television series Pretty Little Liars during the show's third season. He has played hockey since his childhood and even thought of making a career of it until finding his love for acting.

In 2008, Amell appeared in the romantic-comedy film, Picture This, along with Annie Murphy and Lauren Collins.

Moreover, Robbie also made his appearance as Fred Jones in the 2009 TV movie Scooby-Doo! The Mystery Begins, one of the most watched telecasts on Cartoon Network. Amell reprised the role in the 2010 sequel Scooby-Doo! Curse of the Lake Monster.

In 2013, Robbie received his biggest role to date, lead character Stephen Jameson n CW's sci-fi drama The Tomorrow People, which is a remake of the British series of the same name.

The following year, Robbie joined The DUFF as Wesley, the potential love interest for co-star Mae Witman as The DUFF. On 9th July 2014, Amell was cast as a major recurring character on the CW series The Flash, portraying as Ronnie Raymond/Firestorm.

Robbie was a fan of the Toronto Maple Leafs ice hockey team, though since he shifted to Los Angelos, he has begun cheering for the Los Angeles Kings, but call Toronto his second team.

Robbie Amell earns a decent amount from his acting career, as he has made his appearance in several hit movies including The Flash, Scooby-Doo and much more, which adds up to his total net worth that is estimated to be $ 2 million.