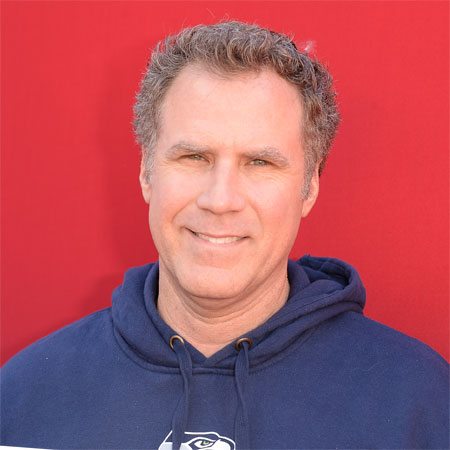 John William Ferrell known as Will Ferrell was born on 16th July 1967 in Irvine, California, United States. He is a writer, producer, actor and also a comedian.

Betty kay, a teacher and Roy Lee Ferrell Jr., a musician are John’s parents. He has a sibling named Patrick. He was brought up in California. He is of an American nationality and white ethnicity.

At first, Will Ferrell attended Turtle Rock Elementary followed by Rancho San Joaquin Middle School in Irvine. He then attended University High School. He was very good at sports during his school days; he was a kicker on the football team and captain of the basketball team. Later on, Will attended the University of Southern California and studied Sports Broadcasting.

Even though after completing his graduation in the year 1990, Will did not want to pursue his career in broadcasting. After being encouraged by his mother, he moved to Los Angeles and auditioned for a comedy group named The Groundlings. During his time at Groundling, Will got a small role in TV Series named Living Single and in Grace Under Fire. He also got a low budget film like Bucket of Blood.

In the year 1995 Will Ferrell joined the cast of Saturday Night Live and left in 2002. During the time, he appeared in many films like ‘A Night at the Roxbury’, ‘Superstar’, ‘Dick’, ‘Drowning Mona’, ‘Jay and Silent Bob Strike Back’, ‘Zoolander’ etc.

In 2003,  Will Ferrell was nominated for MTV Movie Awards for his title role in the film ‘Elf’. His other appearance in the film are ‘Anchorman: The Legend of Ron Burgundy’, ‘Melinda and Melinda’, ‘Anchorman 2: The Legend Continues’, ‘Step Brothers’ etc.

Will Ferrell has worked as a voice actor in The Oblongs, a short-lived animated television series. He has also given his voice in the title character of the film entitled ‘Megamind’.

Will Ferrell, the comedian with the net worth of $80 million, married a Swedish actress named Viveca Paulin in the year 2000, after dating for five years. The couple first met at an acting class in 1995. The couple has three sons together named Magnus Pauline Ferrell, Mattias Paulin Ferrell, and Axel Pauline Ferrell.