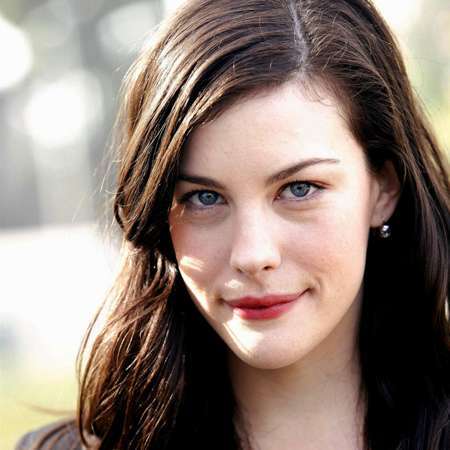 Liv Rundgren Tyler is a very talented and remarkable American actress. She is also a former child model. She has been able to make people fond of her from a very young age with her gorgeous looks and awesome personality. She won people's hearts as a child model and then turned out to be an outstanding actress.

She is the daughter of Aerosmith's lead singer Steven Tyler and former model Bebe Buell. She has also starred in big-budget studio films, such as Armageddon (1998) and The Incredible Hulk (2008).

She was born on July 1, 1977. She was born in New York City, New York which lies in the United States of America.

Her nationality is American and her ethnicity is 1/8th Italian, 1/8th Polish, as well as German, English, Welsh, and more distant Scottish.

She started her schooling at the Congressional Schools of Virginia, Breakwater School, and Waynflete School which lies in Portland, Maine. She then completed her high school at York Preparatory which lies in New York City.

She graduated her college in 1995 and started pursuing her acting career. She started her career in films with her debut film Silent Fall in the role of Sylvie Warden in 1994.

Liv Tyler's net worth is $50 million at present. She is a very successful actress and has earned a huge amount of salary from a successful acting career.

She is living a lavish life through her net worth. She does not have any other personal business rather than her career.

She has won many awards like the Russian Guild of Film Critics Award for Best Foreign Actress for her role in Onegin as Tatyana Larina and many more. She started her career in TV series with her debut show The Leftovers in the role of Meg Abbott in 2014.

Liv started dating her boyfriend Royston Langdon who is a British musician of the band Spacehog, in 1998. Then they got engaged in February 2001.

She got married to Royston Langdon On March 25, 2003. They got married in Barbados. She shares a son with him whose name is Milo William Langdon who was born on December 14, 2004.

Sadly this couple could not last long and they got divorced on May 8, 2008. She then dated David Gardner who is the sports and entertainment manager.

With David, the American actress confirmed the pregnancy of their first child (second of hers) in September 2014. They welcomed son Sailor Gene Gardner on February 11, 2015; and a year later, again became parents to daughter Lula Rose (b. July 2016). CAPTION: Liv Tyler with her two children, Milo and Lula from her relationship with David Gardner SOURCE: [email protected]

Back in November 2021, The Lord of the Rings actress made highlights after reports of her split with Gardner came up; they allegedly had separated in March that year but reunited a year later. And as for rumors of Tyler being lesbian, no substantial proof about it ever arose.

Liv Rundgren Tyler is a very talented and remarkable American actress. She is also a former child model. She has been able to make people fun of her from a very young age with her gorgeous looks and awesome personality. She won people's hearts as a child model and then turned out to be an outstanding actress.