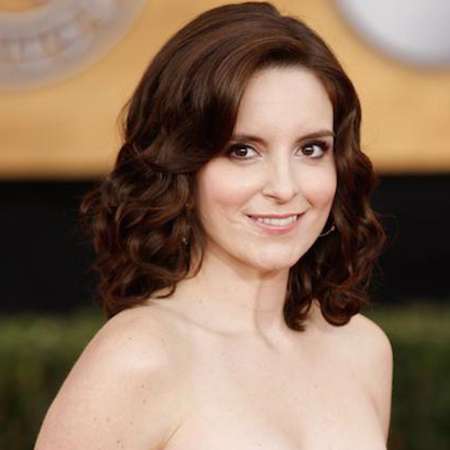 Tina Fey is an American actress, comedian, as well as playwright. She grabbed huge attention following her role on the NBC sketch comedy series Saturday Night Live. She gained further fame following her appearance in Unbreakable Kimmy Schmidt. She is also a comedian and writer.

Tina Fey was born on May 18, 1970, in Upper Darby, Pennsylvania, USA. She was born to Donald Fey, a university grant-proposal writer of half Scottish and half German descent and mother Zenobia “Jeanne” who is a brokerage employee of Greek descent. She is an American and of German, Scottish and Greek ethnicity.

Fey has an eight years old brother Peter. Her childhood was the inspiration for her career. She grew up watching Young Frankenstein, The Honeymooners, Second City Television but recalls not being allowed to watch The Flintstones.

Tina went to Cardington-Stonehurst Elementary School and Beverly Hills Middle School in Upper Darby, Pennsylvania. She was an honor student at Upper Darby High School as well as a member of the choir, tennis team and drama club, co-editor of the school’s newspaper, The Acorn.

Fey wrote a satirical column in the paper, The Colonel, anonymously and was very much interested in comedy. She has a Bachelor of Arts Degree in drama from the University of Virginia.

In the year 1992, Tina Fey moved to Chicago and start working at a YMCA (young men’s Christian Association). Tina auditioned two times and got into a year-long program in the Chicago based improvisational comedy group The Second City as a featured player.

Later in 1997, Fey got into NBC sketch comedy series Saturday Night Live (SNL) as a writer and eventually, she became the head writer, the first-ever female head writer. She also co-anchored in the Weekend Update segment with Jimmy Fallon. Tina was the one who adapted the screenplay Mean Girls in 2004 and also co-starred in it.

Fey left SNL in 2006 to create the television series 30 Rock which presents comedy based on her experience at SNL. In 2008, Tina did a comedy movie Baby Mama along with her SNL co-star A my Poehler and in 2010 she appeared alongside Steve Carell in Comedy film Date Night and in the animated movie Megamind with Will Ferrell.

Fey also has written an autobiographical book Bossypants which was in the New York Times Best Sellers List for 5 weeks. She was very much noticed and praised for the satirical portrayal of Republican vice-presidential candidate Sarah Palin on SNL in a guest appearance.

Fey was the host of the prestigious Golden Globe Awards on January 13, 2013, along with her friend and fellow comedian Amy Poehler. The hosting got critical acclaim. Amy Poehler and Tina Fey’s duo is considered to be very entertaining and 2013’s Golden Globe proved it.

Fey is a lady who has received plenty of honors. She has eight Emmy Awards, five Screen Actors Guild Awards, four Writers Guild of America Awards and two Golden Globe Awards in her credit. She got Grammy Award nominations for her autobiographical book Bossypants.

Fey also has received the AP Entertainer of the year award for impersonation of vice presidential candidate Sarah Palin. She received the Mark Twain Prize for American Humor in 2010 being the youngest-ever winner.

Tina Fey's Net Worth And Salary

From her work in various fields, the woman of all parts Tina Fey has earned a decent amount of money. As per celebrity net worth, her estimated net worth is around $65 million, in 2019. Her salary is per episode is $500k.

In the year 2010, the 40-year-old actress also played the iconic role in the 3D computer-animated superhero movie Megamind which became the commercially successful grossing over  $321 million worldwide against $130 million. In the movie, she appeared alongside Will Ferrell, Jonah Hill, David Cross, and Brad Pitt.

Fey and her husband Richmond threw down $3.4 million to buy an apartment on the Upper West Side, in New York City.

5 ft 4 inches tall Tina Fey is a married woman who has been sharing a wonderful married life with her husband Jeff Richmond. The actress met her future husband at Chicago’s Second City, in the year 1994. After some time, the couple started dating and they tied the knot in Greek Orthodox ceremony on June 3, 2001.