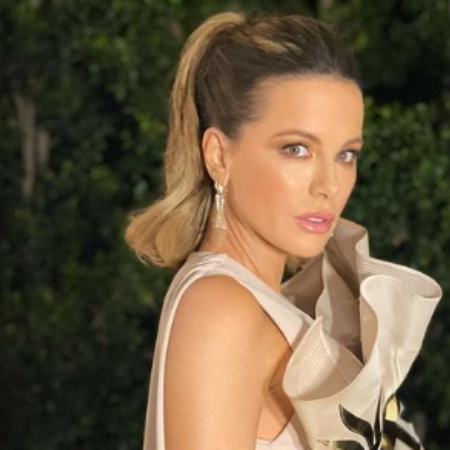 The effortlessly beautiful Kate Beckinsale is an English actress who has been in the entertainment industry since a tender age. The actress is one of the sophisticated actors of the generation.

She has played a number of breakout roles in several movies and TV series. Kate’s remarkable acting abilities have won her many movies and a few awards. Kate is mostly noted for her acting in movies like Underworld franchise, Shooting Fish, The Last Days of Disco and Total Recall.

Beckinsale was born as Kathrin Romary Beckinsale on 26th July 1973 in London, England. She is an English by nationality belonging to the White ethnicity. She was born to Richard Beckinsale and Judy Loe.

She first appeared on television at the tender age of four in an episode of This Is Your Life. When Kate was five years of age, a tragedy struck her family. Her 31-year-old father died of a heart attack, leaving Kate deeply shaken and traumatized.

Beckinsale attended Godolphin and Latymer School in Hammersmith, West London and was involved with the Orange Tree Youth Theater. Kate is also a two-time winner of the WH Smith Young Writers Award for both fiction and poetry.

Due to peer problems, Kate had a nervous breakdown and developed anorexia at the age of 15 and also underwent Freudian psychoanalysis for about four years. Kate studied French and Russian Literature at New College, Oxford. Beckinsale was also involved with the Oxford University Dramatic Society.

Kate spent her third year in Paris as a part of her compulsory year abroad as a Modern Languages student. Kate then decided to quit university to concentrate fully on her acting career.

Before leaving the university, Kate Beckinsale acted in many movies. Kate made her professional television debut in 1991 in an ITV adaptation of P.D. James Devices and Desires.

The role she got was minor. In the same year, Kate acted in the Hallmark film One Against the Wind. A year after that, Beckinsale acted in Rachel’s Dream, which was a 30-minute Channel 4 short.

In 1993, Kate starred as Imogen Stubbs in the ITV detective series Anna Lee. In the same year, Kate played the hero role in Kenneth Branagh’s big-screen adaptation of Much Ado About Nothing.

Kate also attended the film’s Cannes Film festival premiere, and the film earned over $22 million at the box office. In 1994, Kate appeared in Prince of Jutland, after which she left Oxford University in 1995.

After leaving University, Kate starred in Cold Comfort Farm, an adaptation of Stella Gibbon’s novel, directed by John Schlesinger. The US box office grossed over $5 million. In the same year, Kate appeared in Haunted, which was a ghost story. Kate also made her first professional stage appearance as Nina in The Seagull at Theatre Royal, Bath.

The English actress starred in an ITV adaptation of Jane Austen’s Emma as the character Emma. Then in 1997, Kate Beckinsale appeared in the comedy Shooting Fish, which was one of the most commercially successful British films of the year. It earned Kate a Sitges-Catalonian International Film festival for Best Actress.

In 1997, Kate played Juliet, whereas Michael Sheen, her to-be partner, played Romeo in a radio production of Romeo and Juliet. Kate has occasionally worked as a model and, in 1997, was seen in the music video for George Michael’s Waltz Away Dreaming.

Got Negative Reviews in Underworld

In 2001, Beckinsale played the lead role in the war film Pearl Harbor as a nurse. The movie was a huge commercial success, grossing $499 million worldwide. Her second film in 2001 was Serendipity, a romantic comedy. In 2002, Kate starred in Laurel Canyon, for which she received negative reviews.

In 2006, Beckinsale was seen in Underworld: Evolution. After a year, Kate starred in the independent drama Snow Angels, which is based on the novel by Stewart O’Nan. Kate received positive reviews.

In 2008, Beckinsale starred in nothing but the Truth as a journalist who refuses to disclose her source. It won her a nomination for the Critic’s Choice Award. Then again, in 2009, Kate was briefly seen in Underworld: Rise of the Lycans and in the family drama; Everybody’s fine.

In 2012, Beckinsale appeared in the action thriller, Contraband. Then again, Beckinsale reprised her role as Selena in the Fourth installment of the Underworld franchise, Underworld: Awakening. It is the lowest-grossing Beckinsale film in the franchise, but it won Kate a Jean-Claude Van Dam, Spike Guys’ Choice Awards.

In 2012, Kate starred in the sci-fi action remake Total Recall. In 2014, Kate starred in the legal thriller The Trials of Cate McCall, which received negative reviews and was released as a Lifetime movie. Kate has also filmed Stonehearst Asylum and The Face of an Angel. Kate is going to star in the Monty Python comedy Absolutely Anything.

Beckinsale has collected a large amount of money from her prolific career. And her estimated networth in 2022 is $25 million. Talking about her current fortune, the actress has again $16 Million. The majority portion of her fortune comes from her successful showbiz career. Beckinsale is still actively working in the showbiz industry and making good money.

The average salary of an actress is about $58 thousand, and Beckinsale might be earning the same. Further, the actress might earn a considerable amount for brand endorsements and advertisements.

Kate Beckinsale had an eight-year-long relationship with Michael Sheen from 1995 to 2003; the couple met in the production of The Seagull in 1995 but never got married. The couple has a daughter named Lily Mo Sheen, born in London in 1999.

Beckinsale is an avid smoker but left smoking for 9 months while she was pregnant with her daughter. Kate married ex-spouse Len Wiseman on May 9, 2004, in Bel-Air, California.

They lived in Los Angeles. The two met for the first time on the set of 2003's Underworld.  The two announced their separation in November 2015. In the following year, Wiseman went on to file for divorce citing "irreconcilable differences." 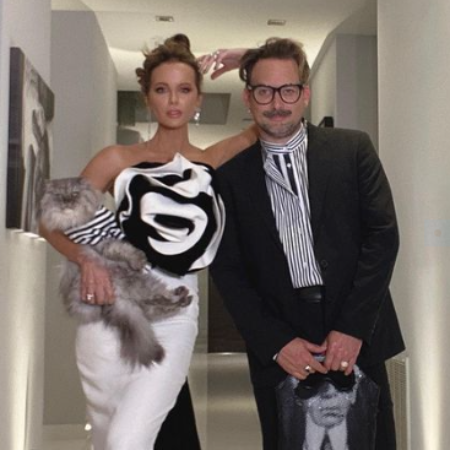 Beckinsale also linked to an aspiring 21-year-old actor Matt Rife. The 48-year-old English actress was seen spending lots of quality time together with the less than half her age actor in June 2017.

The actress is famous on many social networking sites such as Twitter and Instagram. Kate Beckinsale is a talented actress who is beautiful and young beyond her age; her viewers will certainly see more of her in the future of cinema.

But they broke up in August of the same year. The actress is currently dating her rumored boyfriend, Pete Davidson. The couple has been enjoying each other's company as a partner hapilly.

It was reported on January 06, 2019; that the alleged couple was spotted spending the night flirting and sipping champagne together.