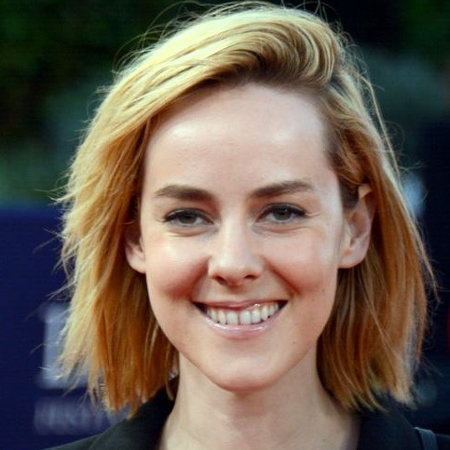 Jena Malone is an American actress and musician who is known for her works in the movies, Contact, Stepmom, Donnie Darko, Pride & Prejudice, Into the Wild, The Hunger Games: Catching Fire, etc. She has been active in the industry since 1996. She is also an experimental musician besides being an actress. She has released music under her name as well as The Shoe. She can usually be seen in the role of the teenage girl in problems or from dysfunctional families. This has been her trademark.

Born on 21 November 1984 in Sparks, Nevada, United States, Jena Malone was born to Deborah “Debbie” Malone. She was a single mother. She was raised by her mother and her girlfriend whom Jena called “Godmom”.

Her mother was involved in community theatre and looking at her mother, she became interested in acting and persuaded her mother to move to Hollywood and give a try to acting there.  Her childhood was full of struggle.

Being a single mother, her mother had a lack of finance for Jane’s proper uprising. Jane was home-schooled from grade eight to six. By the age of 9, she had already lived in 27 different locations.

She had attended Professional Children’s School for ninth grade and quit it a year later after becoming legally emancipated in 2000. She has one younger sister named Madison Mae Malone born in 1997.

After arriving in LA, she got a role in a USC student film project called Sunday’s Child. Through the project, she met her manager Beverly Strong. After the project, she appeared in a music video of Michael Jackson and in the 1996 episode of the TV show Chicago Hope.

In the same year, she got her first break in the movie called Bastard out of California. She had won the Young Artist Award for her role in that movie. She had played the role of physically as well as the sexually abused young girl.

Besides she was also nominated for Independent Spirit Awards for Best Debut Performance, Screen Actors Guild Awards for Outstanding Performance by a Female Actor in Television Movie or Miniseries.

Afterward, she started to be busy in several of the projects performing outstandingly in every of her role and being nominated and winning several of the awards. There is a queue of projects that she is recently in.

She is in the cast of the upcoming movie The Hunger Games: Mockingjay-Part 2, in the movie Batman v Superman: Dawn of Justice and in the movie The Neon Demon.

Jena Malone's net worth is $4 million at present. She enjoyed a satisfying pay for her work and had the net worth of $1.2 million in the past. she has earned a huge amount of salary from her career.

Jane stands the beautiful height of 5 feet 5 inches tall. She has the strong determination to do best on what she is involved in. She has a tough personality. She is one of the successful actresses in the Hollywood today.

Jane represents the people who had the struggle with finance. She came out of struggle and due to her hard work and determination; she is what she is today. She is a role model to many of the woman belonging to that side of life.

She has a lot of fans and admired by many. She is active in her facebook, twitter and Instagram accounts. Her fans can simply follow her on her account to get updated with her activities. Her biography is also available in the different internet sites including IMDb, Wikipedia, etc which also located her pictures and video clips.