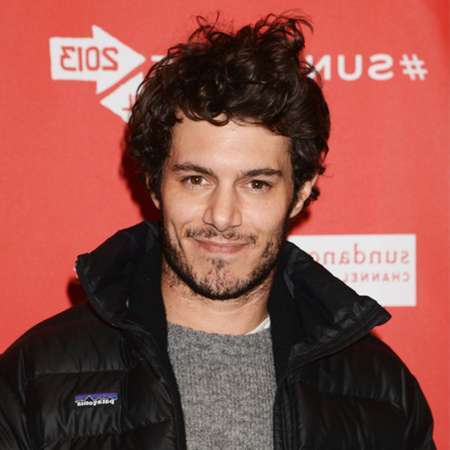 The talented American movie and television actor and part-time musician, Adam Jared Brody is well known for his role as character Seth Cohen on The O.C and also for his acting traits seen in many movies like Jennifer’s Body, Mr. & Mrs. Smith , Thank You for Smoking , In the Land of Women , Cop Out and Scream 4. Adam is loved by his fans for his boyish smile and masculine charm. Adam’s role in The O.C. earned him much recognition and he was also described by the LA Times as “TV’s sexiest geek”. Adam was once also listed in “100 sexiest men alive” by the Independent Online. Adam has been successful in winning 4 Teen Choice Award all for his role in The O.C.

Adam attended Wangenheim Middle School and Scripps Ranch High School and was not so good in studies thus received “poor grades”. Most of Adam’s childhood was spent surfing in the San Diego beach. Adam once said to a source that he was not a “Casanova”, he had “cute girlfriends” and “pretty much lived at the beach”.

Adam attended a community college for a year but dropped out at the age of nineteen. That was when Brody decided to pursue an acting career.

Consequently, Adam hired an acting coach and signed with a manager. Adam spent one-year training and auditioning and finally in 2000 got the role of Barry Williams in the TV movie “Growing up Brady”. Later Adam also joined the cast of television series The Sausage Factory. A year later, Adam was given a minor role of a “high school boy” in American Pie 2.

In 2002-2003 Adam was cast in recurring roles on Gilmore Girls as character Dave Rygalski. In 2003 Adam wrote a short film called “Home Security”, he also appeared in the feature film Grind and appeared in the music video of the song called “Too Bad About Your Girl” by the Donnas in 2003. It was very lucky for Adam because he got to play his most famous role to date, that of Seth Cohen, a somewhat awkward and geeky teenager, on the television show The O.C. By the end of 2003, Adam had become a teen sensation.

Adams’s character in the O.C. was described by the Los Angeles Times as “TV’s sexiest geek”, whereas Time described it as having “redefined” the screen persona of “unapologetic” nerdiness. Since then Adam’s character has inspired scripts to describe particular characters as “Adam Brody types”.

Adams shirtless performances, his looks, and his acting traits grabbed him a huge female fan following that resulted in Adam being ranked no. 17 in Independent Online’s “100 Sexiest Men Alive” in 2006.

While the show continued, Adam appeared alongside Brangelina (Brad Pitt and Angelina Jolie) in the film Mr. & Mrs. Smith in 2005 as character Benjamin ‘The Tank’ Danz. Adam also played a Hollywood studio assistant in 200 film adaptation of Thank You for Smoking.

Adam was signed to a seven-year contract for The O.C. but later in February 2007 the show was canceled and it ended its run. Adam decided to move towards a full-time movie career after the cancellation of the television series The O.C. Subsequently, Adam played the lead role alongside Meg Ryan and Kristen Stewart in the romantic comedy “In the Land of Women” which released on April 20, 2007.

In the same year, Adam appeared in lower budget films as supporting roles like a pot dealer in film Smiley Face and a skydiver in the film The Ten. Adam was scheduled to produce a remake of Revenge of the Nerds, which was canceled early during filming.

A year later Adam appeared in Kevin Smith’s film Cop Out and then in The Romantics. Then Adam starred in Scream 4 as character Detective Hoss, the movie was released in April 2011.

In the same year, Adam voiced “Woodie” in the MTV animated series Good Vibes and also made an appearance in The Oranges. In January 2012, Adam announced that he joined the cast of a biopic about the late ‘70s adult star Linda Lovelace called “Lovelace”.

Recently in 2014, he appeared in movie Think Like a Man Too as character Isaac. Adam is currently involved in the movie Life Partners. Adam was also seen in one of the episodes of TV Series New Girl. Apart from acting, Adam is also into music, he was a drummer in the band Big Japan.

Adam Brody's Net Worth And Salary

Adam Brody's net worth is $12 million at present. He has earned a huge amount of salary from his successful acting career. He serves as a drummer for the band Big Japan along with fellow actor Bret Harrison.

Adam was twice placed on Teen People’s annual list of “25 Sexiest Stars under 25” and was also voted as Elle Girl Magazine Coolest Guy Celeb and Coolest TV Star in 2005. Adam was voted no. 1 in UK Cosmo Girl as pin-up sex-symbol in 2005 as well. Adam was also chosen as one of the People Magazine’s Sexiest Man Alive in 2004-2006.

Adam is currently a band member of The Shortcoats. With a height of 180 cm and at age 35, Adam is currently engaged to actress Leighton Meester. Earlier in 2006, Adam ended his 3-year long relationship with former girlfriend Rachel Bilson whom he met on the set of The O.C. There had been many rumors and frequent questions about him being gay which is presently cleared by the engagement ring in Meester’s finger.

Adam has also volunteered as an actor with the Young storyteller's program, which is actively devoted to mounting literacy, self-expression, and self-esteem in elementary school children.