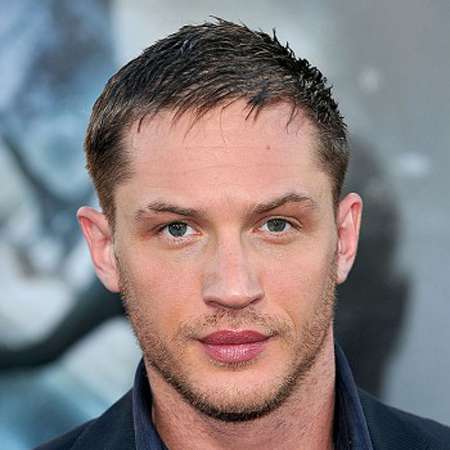 Edward Thomas "Tom" Hardy was born on 15th September 1977 in Hammersmith, London, the United Kingdom to Anne Barrett and Edward Hardy. His mother was an artist and an exceptional painter. His father was a novelist and a comedy writer. His childhood was spent on reading and doing creative works of art. He was very much influenced by his father and mother.

He grew up in East Sheen, London. Hardy received his education from Tower House School and Reed’s School. His parents then noticed his exceptional acting talents and sent him to Richmond Drama School and then at the Drama Centre London.

Tom Hardy went on to act in his first film in his career in 2001 in Black Hawk Down. He was then seen in movies like Star Trek: Nemesis, The Reckoning, Layer Cake, Minotaur, Marie Antoinette, Scenes of a Sexual Nature, Flood, The Inheritance, Sucker punch. He is mostly known for playing the character Charles Bronson in 2008’s Bronson, as Eames in Inception, as Ricki Tarr in Tinker Tailor Soldier Spy, as Bane is the Dark Knight Rises as Max Rockatansky in Mad Max: Fury Road. More recently he was seen as character Ronald Kray in Legend.

Some of his upcoming projects are Fronzo and Venom 2. He currently stars in the TV series Taboo along with Mark Gatiss, Leo Bill, and Jessie Buckley.

Tom Hardy has landed a number of roles in both movies and TV series. And from his illustrious career, the actor has also collected a large amount of net worth which as per celebrity net worth is around $30 million, in 2019.

Tom Hardy's masculine looks and well-structured face, as well as a stern voice, is some of the features which attract many women towards him. Tom has dated many women in the past. He was married to ex-spouse Sarah Ward from 1999 to 2004. Tom then began dating Rachael Speed in 2005. He has a son with Speed. His son born in 2008 is named Lois Thomas. He then began having an affair with his co-star Charlotte Riley whom he met on the sets of Wuthering Heights. On 4th July 2014, the couple got married. Tom is living happily with Riley.  The couple is also blessed with two children too. The two welcomed their first child born in October 2015 and second in December 2018.