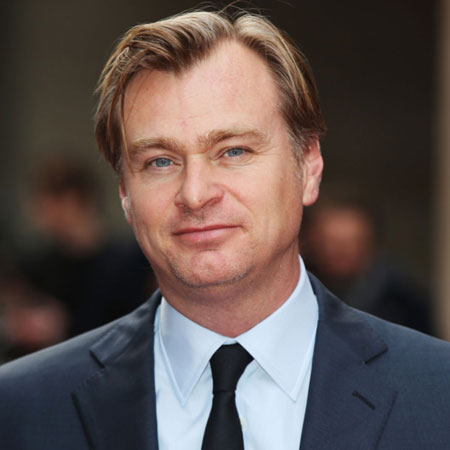 Christopher Nolan, an English film director, and producer, is one of the highest-grossing directors in Hollywood. He earned international recognition after he directed the American neo-noir psychological thriller film, 'Memento', which is known to be one of the best movies in Hollywood.

Nolan has won a number of awards throughout his career, including the ‘Writers Guild of America Award’ for Best Original Screenplay for his film ‘Inception’ and three ‘Independent Spirit Awards’ for his film ‘Memento’.

Christopher Nolan was born Christopher Edward Nolan on 30th July 1970 in London, UK, under the birth sign cancer. He is British and belongs to mixed ethnicity. Nolan was born to English father, Brendan James Nolan and American mother, Christina Nolan.

His father was an advertising executive and his mother worked as a flight attendant & an English teacher. He also has two brothers, Jonathan Nolan and Matthew Francis Nolan.

Nolan went to Haileybury and Imperial Service College. He then studied English literature at University College London. During his college years, he worked in short films ‘Tarantella’ and ‘Larceny’. In 1997, Nolan produced another short film ‘Doodlebug’.

Christopher Nolan directed his first British neo-noir crime drama film, 'Following' in 1998. It is a story of a young man who follows strangers around the streets of London.

Though the movie was made on a small budget of $6,000, it received a huge popularity-accumulated a whopping $240,495 at the box office.

In 2002, Nolan made another American psychological thriller film 'Insomnia', which also did well. It was about two homicide detectives investigating a murder.

After Nolan directed the 2005 superhero film 'Batman Begins', his career skyrocketed. The movie based on DC comics falls under the Dark Knight Trilogy consisting of two other movies, The Dark Knight, directed, co-produced, & co-written by Nolan that made over $1 billion and The Dark Knight Rises, Nolan co-wrote the screenplay along with his brother Jonathan Nolan, and the story with American screenwriter, David S. Goyer.

Nolan then directed the 2006 British-American mystery thriller film, 'The Prestige'. The movie featured Hollywood A-listers such as Hugh Jackman, Christian Bale, Scarlett Johansson, and others. It is based on a novel of the same name by Christopher Priest.

Nolan then wrote, directed, and produced 'Interstellar', which was released in 2014. The film was a huge success and won the Oscar for Best Visual Effects. In 2015, Nolan directed a British short documentary film, 'Quay'.

In 2017, his directorial movie, Dunkirk which was a huge hit grossed more than five times of its budget at the box office.

Christopher Nolan's net worth is $180 million, he is known as one of the highest earning Hollywood directors of all time. Nolan has made 13 movies and his movies have made a collective  $5 billion worldwide at the box office.

Almost all of his movies have been huge successes at the box office. Here are a list of movies with their budget and total collection,

Christopher Nolan owns a luxurious villa in Los Angeles worth millions of dollars. He also has a collection of many branded cars including Audi, Land Rover, BMW, and Mercedes.

Christopher Nolan is happily married to his longtime girlfriend, Emma Thomas. She is best known as the film producer for Dark Knight Trilogy and Inception. The duo exchanged vows in 1997 in an intimate wedding ceremony.

The pair first met at University College London when Nolan was only 19-year-old. They share four children. Nolan rarely talks about his wife and kids in media as he prefers privacy regarding his personal life. Currently, Christopher Nolan resides in Los Angeles with his family.

Because of his politeness and dedication towards his work, journalist Jeffrey Ressner described him as "the picture of Zen-like calm'' at the press conference of The Dark Knight Rises.

Split the difference between the demands of an executive suite and a tundra.

Similarly, Empire magazine declared him, ”the best-dressed director since Hitchcock."

Nolan doesn't use mobile phones or an email address and when a reporter asked him about it, he replied,

It's not that I'm a Luddite and don't like technology; I've just never been interested, When I moved to Los Angeles in 1997, nobody really had cell phones, and I just never went down that path.

Nolan reportedly bans mobile phones on the sets of his movies.

In 2007, Christopher Nolan was named the 32nd greatest director of all time by Total Film. He was ranked in #14 by The Guardian in the list of ”The 23 Best Film Directors in the World". In 2015, Time Magazine featured him in "100 most influential people in the world".