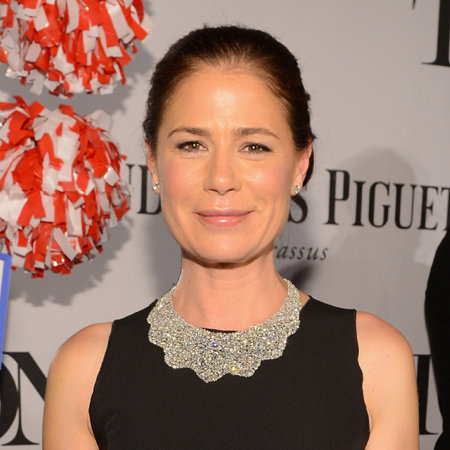 Maura Therese Tierney is an American actress who plays both in TVs as well as movies. She was born as one of the three children to mother Pat Tierney who works as a real estate broker and her father Joseph M. Tierney, who was a very prominent politician of Boston is already dead. Her sibling Deidre has a recording studio in Los Angeles and another one, Brian works in films as well. She grew up in Massachusetts, Boston and lived around the vicinity of Hyde Park, and spent her childhood time with friends and family. With all three of the kids going to same school, they had common friends and Maura after the death of her father was really close with her mum. She like the rest of her family follows Christianity and belongs to white ethnicity. Born and raised in United States, she is an American by nationality.

As a child, she attended the Notre Dame Academy, located in Hingham. She studied drama at her school, and also practiced it with the schools drama team. She was described as a bright child and was talented in her curricular studied as well as outside the class. She represented her school in several drama shows and also acted at the Boston Globe Drama Festival.  Upon graduation, she practiced theatre for some time which according to her is a special and different platform. She joined the New York University later, and graduated with a degree in Fine Arts, and her forte being drama and dance as well. She played in some local theatres before really grabbing some important roles in her career. She also trained for some time at the Circle in the Square Theatre School.

Her career in TV started only after she moved to Los Angeles with her brother. In 1987, she was casted in Disney’s TV film Student Exchange. Then, she got a lead role this time, but in a low budget independent film named Dead Women in Lingerie, which was shot in less than a month. She has done some very bold roles in that movie, which was only seen after 2005 when it’s DVD was released. With her short and unsure roles here and there, she was casted in a major role in the sitcom News Radio, which ran on air from 1995 to 1999. After the show got cancelled in 1999, she decided never to play in another sitcom role, but had by then featured in some big movies like Primal Fear, Primary Colors, Forces of Nature, and Liar Liar.

Regarding her personal life, she has been married to actor/ director Billy Morrissette. The couple who got married in 1993 lived together till 2006, before they got divorced. With no kids between them, the reason behind their separation was irreconcilable differences. She is reportedly in no sort of relationship right now, and in 2009 had a surgery to remove her breast cancer.