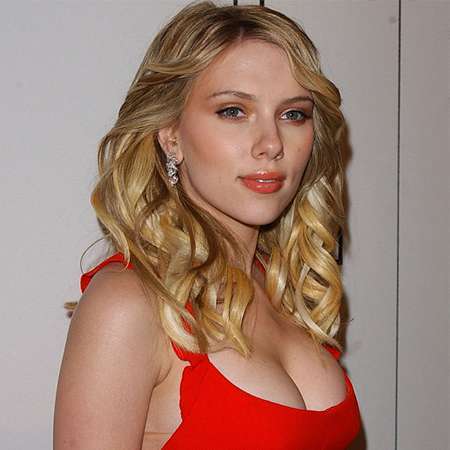 Scarlett Johansson is one of the big names in Hollywood. She is an actor/singer and model who is famous for her appearances in numerous films. She is most known for portraying Marvel comic’s character The Black Widow in MCU’s Avengers’ film series.

She is among the world’s highest-paid actresses from 2014-16, has made multiple appearances in the Forbes Celebrity 100.

A New York-born celebrity aspired to be an actress from a young age and first appeared on stage in an Off-Broadway play as a child. She made her film debut in a fantasy comedy film North in 1994. She is a receiver of numerous awards and earned nominations for several awards.

Who is Scarlett Johansson?

Scarlett Johansson is an actress, model, and singer who was born on November 22, 1984, in New York, United States of America. Her full name is Scarlett Ingrid Johansson. She holds American and Denish nationality while her ethnicity is white.

Her mother Melanie Sloan is from a Jewish family and her father Karsten Johansson is from Danish ancestry. She is a grandchild of Ejner Johansson- a renowned writer. She was very pa s sionate about acting since her early childhood days and acted in numerous school plays.

She has three siblings;  a sister Vanessa Johansson,  an elder brother Adrian Johansson and a twin brother Hunter Johansson. He is 3 minutes younger than her. She has another sister named Fenan who is the adopted daughter of her parents. She also has older half brother, Christian.

She attended PS41 elementary school in Greenwich Village, Manhattan. She took lessons in tap dance and states that her parents were supportive of her career choice. She completed her schooling from Professional Children's School in Manhattan, New York City. Her parents divorced when she was 13. After the divorce of her parents, her mother raised her and her siblings.

She began her acting career starring John Ritter’s daughter in the comedy film North in 1994. Her first leading role was Amanda, the younger sister of a pregnant teenager who runs away from her foster home in Manny & Lo (1996).

Johansson then appeared in My Brother the Pig (1999) and The Man Who Wasn’t There (2001). She appeared in the horror-comedy Eight Legged Freaks (2002). After graduating from PCS, she applied to New York University’s Tish School of the Arts; she decided to focus on her film career when she was rejected.

From Girl with a Pearl Earring to Marvel Cinematic Universe (MCU)

In 2003, she appeared in a romantic drama film Girl with a Pearl Earring directed by Peter Webber. She earned two nominations for two awards; BAFTA for Best Actress in a Lading role and Golden Globe Awards for Best Actress categories.

In 2005, director Woody Allen approached her to play in his drama film Match Point. He first approached Kate Winslet for the role later he signed to Johansson for the role. Next year, she shared a screen with popular actor Huge Jackman in the film Scoop.

In 2009, she signed a contract with Marvel Cinematic Universe (MCU) for portraying the role of the comic character Black Widow in MCU’s films.

In 2010, she made her superhero film debut in Jon Favreau’s Iron Man 2 starring Robert Downey Jr. She then reprised her role in the first installment of Avengers film series, The Avengers (2012).

She again reprised her role in the MCU’s film Captain America: The Winter Soldier in 2014. In the film, she joined the forces with the main character Chris Evans and Anthony Mackie to uncover a conspiracy within S.H.I.E.L.D.

The same year, she appeared in a sci-fi thriller film Lucy alongside Morgan Freeman, Choi Min-Sik and Amr Waked. Her character in the film gains psychokinetic abilities when a nootropic drug is absorbed into her bloodstream.

Johansson also reprised her role in Avengers 2, Age of Ultron in 2015 and Captain America: Civil War in 2016. Her latest MCU’s movie is Avengers: Infinity War which came out in April 2018. Here are the famous films of Scarlett Johansson.

Johansson recorded her first album titled "Anywhere I Lay My Head which was released on May 16, 2008. She has shown her appearance in advertising campaigns for Calvin Klein, L'Oreal, and Louise Vuitton. In 2009, she was also the face of Dolce and Gabbana makeup. She became the face of Spanish clothing company Mango in 2009.

She was considered the "Sexiest Celebrity" of the year by Playboy magazine in 2007.  Johansson was named by GQ (men's magazine) as 2010's "Babe of the Year". That's not all she was titled the "World's Most Natural Beauty". The result was aired after the official vote count of UK poll (2011).

She is named as one of the "most desirable" famous women for 2013 by Askmen's list of the "Top 99 Most Desirable Women". She recorded the single "Before My Time" to the doc u mentary Chasing Ice and the song made through to the nomination for Best Original Song at The Oscars in 2013.

She was a member of the jury at the Venice Film Festival in 2004. After this, she appeared in Woody Allen's Match Point released in 2005 and was nominated again for a Golden Globe Award.

She was ranked 12 on Forbes List of The 20 Top-Earning Young Superstars in 2007. In 2008, she was ranked 1 on Entertainment Weekly's '30 Under 30' the actress list. In 2010, she won a Tony Award for Best Performance after making her Broadway debut in Arthur Miller's "A View from the Bridge".

Has $100 Million; Know Her Properties And Charity

One of the most attractive actresses in Hollywood Scarlett Johansson has an estimated net worth of $100 million, as of July 2018, according to the Celebrity Net Worth. But, The Richest her net worth is $80 million only. She has ama s sed a huge amount of net worth from her acting career.

Johansson is one of the highest-paid actresses in Hollywood. Her annual income is $20 million-plus. As of July 2018, she is the highest-grossing actress of all time in North America, with her films earning $3.6 billion-plus at the Box Office.

She lives in a lavish mansion in Los Angeles. The house features a two-story residence with four bedrooms, four full and two half bathrooms. Here is the list of her annual earnings of the last five years.

She bought this house for $3.88 million back in 2014. She has two other houses in California which are valued at $4.995 million and $3.65 million respectively. She has several lavishes cars of various brands including Chevrolet, BMW, and Toyota’s Prius.

Johansson was involved in various charitable movements and issues. She has supported numerous organizations including Aid Still Required, Cancer Research UK and USA Harvest. She became the global amba s sador for OXFAM. In 2007, she was a participant of the anti-poverty campaign ONE.

She and her Avengers co-stars, Johansson raised $500K for the victims of Hurricane Maria. In 2018, she collaborated with 300 women in Hollywood to set up the Time’s Up initiative to protect women from hara s sment and discrimination.

Johansson has been a part of controversy several times. She has criticized the media for promoting an image that causes unhealthy diets and eating disorders among women. In March 2006, she appeared naked on the cover of the March issue of Vanity Fair alongside Keira Knightley and fully clothed fashion designer Tom Ford.

In 2011, her naked photographs hacked from a cell phone were published online. Later, FBI officer arrested hacker and sentenced to 10 years in prison. She said that her photos have been sent to her then-husband Ryan Reynolds, three years before the incident.

In 2014, she won a lawsuit against French publisher JC Lattes for defamatory statements about her relationships in the novel The First Thing We Look at by Gregoire Delacourt. She received $3,400 which she claimed $68K.

Scarlett Johansson is dating Saturday Night Live Comedian Colin Jost since May 2017. The duo attends several events and functions together. She walked the red carpet of her film Avengers Infinity War premiere with him in April 2017.

Her boyfriend, Colin Jost, is an actor/comedian and screenwriter. He is known for his work on Saturday Night Live, where he has served as a writer since 2005 and weekend update co-anchor since 2014. He is one of the popular SNL stars who has nominated for nine Emmy Awards.

In 2012, she began dating Frenchman Romain Dauriac, the owner of an advertising agency. After 10 months, the couple got engaged to each other.

In 2014, the couple welcomed a daughter Rose Dorothy Dauriac. And the October of that year, the couple married in Phillipsburg, Montana. Unfortunately, the couple separated in mid-2016 and divorced in September 2017.

CAPTION: Scarlett Johansson with her ex-husband Roman Dauriac and her daughter SOURCE: Pinterest

Previously, she was married to Hollywood star Ryan Reynolds for a few years. She had an affair with him for almost one year before their engagement. They became engaged in Amy 2008, married in September 2008.

But, the couple separated in December 2012 and divorced in July 2011. Reynolds later married to another popular actress Blake Lively.

Prior to that, she was in a relationship with Josh Hartnett. She dated him from December 2004 to November 2006.

She is a huge fan of Jazz. She loves listening to Jazz and old songs during her leisure period. She is also an animal lover. She has a cat named Tropper and a dog named Maggie. She washes her face with apple cider vinegar to prevent blemishes.

Age, Body Measurements and Other Facts:

Here are the interesting facts about Johansson you should not watch.