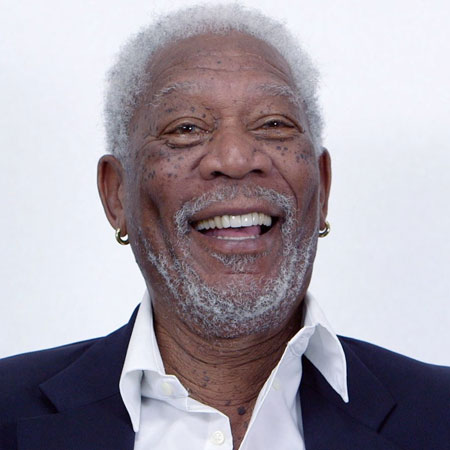 One of the versatile actors, Morgan Freeman is an American actor who has made his appearance in films including, Glory, Driving Miss Daisy, and The Dark Knight Trilogy.

Morgan was born on 1st June 1937, in Memphis Tennesse. He was born to Mayme Edna, a teacher, and Morgan Porterfield Freeman, a barber, who died on 27 April 1961. Ethnicity wise, he is Afro-American and a citizen of an American nationality.

Morgan Freeman has three older siblings. He spent his early days with his paternal grandmother in Charleston, Mississippi. During his childhood, he lived in Greenwood, Mississippi and later moved to Gary, Indiana, and  Chicago Illinois.

Freeman made his acting debut at his early age of nine, portraying a small role in a school play. Then he attended Broad Street High School, a building which serves as Threadgill Elementary SChool, in Greenwood, Mississippi.

Freeman made his first appearance in the 1971's, Who Says I Can't Ride a Rainbow?, Morgan first became famous for his roles on the soap opera Another World and the PBS kids' show The Electric Company.

He has also portrayed in films as Unforgiven, Robin Hood: Prince of Thieves, Seven and Deep Impact. In the year 1997, Morgan along with Lori McCreary, established a film production company named Revelations Entertainment, and the duo co-headed its subsidiary online film distribution company called ClickStar.

Freeman's other notable appearances are of God, in the hit movie Bruce Almighty and its sequel, Evan Almighty, also as Lucius Fox in the critical and commercial success Batman Begins and continued with sequels, The Dark Knight Rises and The Dark Knight.

Moreover, Morgan has also starred in Rob Reiner's 2007 movie, The Bucket List, opposite Jack Nicholson. He collaborated with Christopher Walken and Willian H. Macy for the comedy drama, The Maiden Heist, which was released directly due to financial problems with the distribution company.

In 2008, Freeman returned to Broadway to co-star with Peter Gallagher and Frances McDormand for a small portion of Clifford Odets's play entitled The Country Girl.

Freeman also wanted to do a film based on Nelson Mandela for some time. Firstly, he tried to get Mandela's autobiography, Long Walk to Freedom adapted into a finished script, but it never went on the floor.

Later in 2007, Freeman purchased the film rights to a book by John Carlin, portraying the Enemy: Nelson Mandela and the Game That Made a Nation.

In 2010, Morgan co-starred with Bruce Willis in Red. Later in 2013, he made his appearance in the action-thriller, Olympus Has Fallen, the science fiction drama; Oblivion, and the comedy Last Vegas. The following year, Freeman appeared in the action film, Lucy.

Afterward, Freeman married, Myrna Colley-Lee on 16 June 1984. The pair got separated in December 2007. His attorney and business partner, Bill Bucket announced in 2008 that Morgan and his wife were in the divorce process and on 15 October 2010, the couple got finally divorced.

Morgan and Colley-Lee adopted his step-granddaughter from his first wife, E'dena Hines, and raised her. On 16 August 2015, Hines was murdered in New York City.

Morgan Freeman makes an enormous amount of money from his acting career, Film Production and as a businessman. He is one of the finest actors in the industry and has appeared in numerous movies including Glory, Driving Miss Daisy, Lucy and much more. As of 2017, Freeman's net worth is estimated to be $ 200 million.