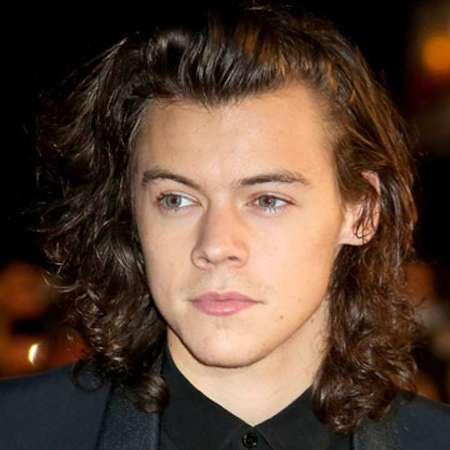 Dunkirk Star, Harry Styles is a singer, songwriter, and actor. He debuted his career auditioning in the singing reality show, The X Factor. He rose to stardom as one of the members of the popular boy band, One Direction. He released five albums with the group, performed four worldwide tours, and won many awards. The English singer released his first solo single in 2017. He released his self-titled album on May 12, 2017.

Harry Edward Styles was born on February 1, 1994, in Holmes Chapel, Cheshire England. He is the son of Desmond ‘Des’ Styles and Anne Cox. He is English as far as his nationality and is of Caucasian ethnicity. Many of his ancestors were farmers in Norfolk.

Styles grew up with his elder sister, Gemma, in Holmes Chapel, Cheshire. He moved there along with his parents and sister when he was a child. His parents divorced when he was seven years old.

His mother later remarried Robin Twist. His step-father died in 2017. He has a step-sister named Amy Twist, and an elder step-brother named Mike Twist.

At the age of 16, Styles worked part-time at the W. Mandeville Bakery, Holmes Chapel. He loved singing from his childhood days. He used to cover songs of Elvis Presley in his early days.

Styles attended Holmes Comprehensive School. He was the lead singer for the band named White Eskimo, while at Holmes Chapel. The band also won a local Battle of the Bands competition at the time.

The X Factor/ One Direction

Harry Styles debuted his career in 2010. He participated in the 7th season of British reality singing show, The X Factor. He auditioned as a solo candidate for the show on April 11, 2010, following the suggestion of his mother.

The show was judged by popular celebrities including Simon Cowell, Sharon Osbourne, and Louis Walsh. American singer, Nicole Scherzinger appeared as the guest judge in one of the episodes of the following season.

In July 2010, the group was put together as an ensemble at Wembley Arena during the boot camp stage competition following the suggestion by Nicole Scherzinger. The group consisted of Niall Horan, Liam Payne, Louis Tomlinson, and Zayn Malik. He suggested the name of the group, One Direction to his bandmates and they agreed to keep it.

One Direction finished third in the competition. Their song Forever Young was leaked on the internet, which would have been released if they won the competition. Soon after, the group has signed a contract reported £2 million with Syco Music.

The group flew to Los Angeles and started recording their debut album with RedOne (record producer) in January 2011.

In February 2011, a book named One Direction: Forever Young licensed by the band was published by HarperCollins. The book subsequently topped in The Sunday Time Best Seller list.

The group continued their work on their debut album after their tour concluded in April 2011. Their recording work took place in Stockholm, London, and Los Angeles. The band worked with producers Carl Falk, Savan Kotecha, Steve Mac, and Rami Yacoub, among others.

One Direction debuted their studio album, Up All Night on November 18, 2011. The album was released by Syco Music. Their debut single from the album, What Makes You Beautiful ranked #1 on the UK Singles Chart in September 2011.

In August 2013, a documentary about the group, One Direction: This Is Us was released. The documentary film was directed by Morgan Spurlock. The film was a big hit grossing $30 million worldwide in its first weekend in theaters.

Styles was one of the writers for Ariana Grande's song "A Little Bit of Your Heart" from her album My Everything.

The group disbanded in February 2016. They have allegedly agreed to an 'extended hiatus' of at least 12 months from March 2016 to focus on solo work.

Styles joined Jeffrey Azoff’s Full Stop Management. He launched his record label named Erskine Records. He signed with Columbia Records as a solo artist. He wrote the song "Someday" collaborating with Meghan Trainor for Michael Bublé's album Nobody but Me in October 2016.

Styles released his self-titled album on May 12, 2017. The album ranked #1 in many countries including the UK, the US, and Australia. The album was highly influenced by 70s soft rock and was described as a "classic cocktail of psychedelia, Britpop, and balladry" by Variety.

Styles headlined his first concert tour, Harry Styles: Live on Tour in 2017. He is currently busy on his tour that started from September 2017 through to July 2018.

In addition, Styles debuted in Christopher Nolan’s war film, Dunkirk in 2017. The film was released on July 21, 2017, in the UK and the US. The movie was starred by Fionn Whitehead, Tom Glunn-Carney, and Jack Lowden, among others.

The movie grossed $525.6 million at the box office. Also, the film earned the Best Editing award at the 23rd Critics' Choice Awards. The film received eight nominations at 71st British Academy Film Awards and three at the 75th Golden Globes.

Harry Styles' Net Worth, Salary, And Major Source Of Income

Styles and his bandmates made an announcement of donating $2.6 thousand of their first stadium tour - Where We Are - to the Stand Up to Cancer charity.

According to thesun, each member of the band (One Direction) netted £14million (approx. $19.9 million) after selling just ten shares in their company, 1D Media. The group, One Direction generated $130 million in revenue between June 2014 and 2015. Their "Where We Are" Tour generated $282 million making the second highest gross for a vocal group in history.

Harry Styles owns two houses; a house in LA worth $3.2 million and a house in Hampstead, North London worth $3.9 million.

He also owns a classic mid-1990s Porsche 911, a Ford Capri, an Audi R8, A Jaguar E-type, a Ferrari California and a Range Rover Sport.

Styles owns a Ferrari worth $195,000. He also owns a mansion worth $4.8 million, which he named Harry's Party Palace.

Harry Styles is unmarried to date but has a long dating history. He was in a relationship with Caroline Flack, The Xtra Factor presenter, in November 2011. The couple sparked speculation of a romance in the beginning when they shared a drunken kiss at a party. They were caught on camera flirting during the reality series spin-off show broadcast on ITV2. He stayed in the relationship for a year until January 2012.

The singer was in also a relationship with his ex-girlfriend Caroline Flack. The couple started dating in November 2010 and dated until Jan 2012.

Styles also dated American singer Taylor Swift in late 2012. The pair had a short-lived romance. They split in January 2013. They were last seen together in New York on New Year’s Eve of that year.

Styles was in a relationship with Victoria’s Secret model, Camille Rowe. The pair reportedly started dating in July 2018. Also, the Dunkirk star has taken his new girlfriend to meet his parents.

And as of now, the artist dating a 28-year-old American-Japanese model Kiko Mizuhara.

Harry Styles is active on social networking sites such as Instagram and Twitter. He keeps updating his recent activities on his social accounts. He has millions of followers on both of his accounts.