Christopher Nolan's Dunkirk's Reviews Are In, What Are Critics Saying? 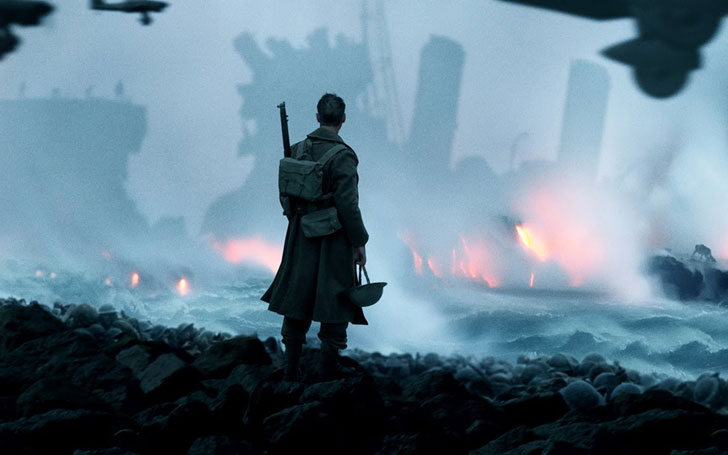 Christopher Nolan is the man who has given several hits like Inception, Interstellar, The Dark Knight, and now he has come with another epic movie, Dunkirk.

Nolan's directed movie is yet to be released worldwide, however, it's already glued to its fans mind. The movie is produced by Nolan and his wife Emma Thomas whereas, Nolan himself has written the screenplay of the movie.

Fionn Whitehead, Tom Glynn-Carney, Jack Lowden, Harry Styles are the lead cast of the movie.Dunkirk's world premiere was held at Odeon Leicester Square, London, on 13th of July 2017 while it'll be theatrically released on 21st July.

Several predictions have been made regarding the opening weekend collection of the Giant budgeted movie. Variety has predicted it as $30-40 million, Deadline has mentioned $35 million where the Box Office has speculated an opening weekend of $55 million and a total $220 million domestic gross.

The movie is getting lots of positive reviews from the critics after its grand premiere at London.

As per the Rotten Tomatoes, the movie holds an approval rating of 98% which is based on the 40 reviews, with an average rating of 9/10.

Dunkirk's star casts after its premiere

Peter Bradshaw of The Guardian has awarded the film five stars and also commented the best film to date. He said,

Nolan surrounds his audience with chaos and horror from the outset, and amazing images and dazzlingly accomplished set pieces on a huge 70 mm screen, particularly the pontoon crammed with soldiers extending into the churning sea, exposed to enemy aircraft.

Most of the critics have given the good approval to the film, while Matt Zoller Seitz of RogerEbert.com is not so satisfied with the movie's presentation.

I loathed parts of it and found other parts repetitious or half-baked. But, maybe paradoxically, I admired it throughout, and have been thinking about it constantly since I saw it...

Instead, he gave him three-and-a-half stars out of four stars.