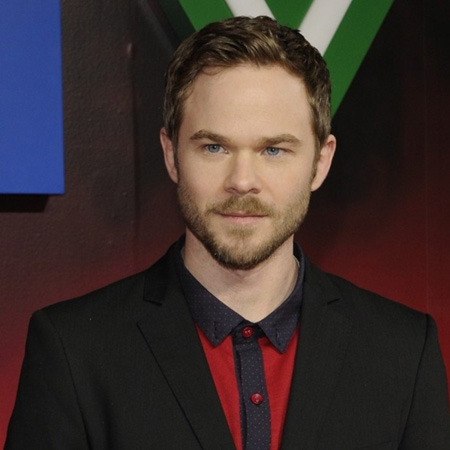 Shawn Ashmore was born on October 7, 1979, in Richmond, Canada, under the birth sign Libra. She holds a Canadian nationality and belongs to North White American ethnicity.

He is the twin brother of a famous actor, Aaron Ashmore. Both of them have appeared as a twin role in many movies.  His parents are Rick Ashmore and Linda Ashmore. Rick was a manufacturing engineer, and Linda is a homemaker.

Ashmore attended Turner Fenton Secondary School and later on, joined Earnscliffe Senior Public School.  Shawn has a twin brother, Aaron and they have acted in several movies with a role of a twin brother. He was fully supported by his parents from his early age as he was passionate towards acting.

The proficient actor was seen with a role of Iceman in X-Men. He appeared in several other series including The Super Hero Squad and X-Men: The Official Game. He also featured as Cadet Major Brad in Cadet Kelly, a Disney Channel movie aired in 2001. He also starred as Jake Berenson on Animorphs and Tyler Connell in In a Heartbeat.

Additionally, he was cast in the lead role in the mini-series, Legend of Earthsea which was based on the novels written by Ursula K. Le Guin. He also played in a movie named The Day along with Dominic Michigan, Michael  Eklund, Ashley Bell and Shannyn Sossamon.  With a role as Iceman he was also seen in the film X-Men: Days of Future Past.

Moreover, Ashmore also appeared in Quantum Break, a third-person shooter video game published by Microsoft Studios and created by Remedy Entertainment. In the year 2016, he started his role as a Sam Spencer of the newly developed Conviction Integrity unit on the new U.S. drama, Conviction.

Ashmore appeared as one of the leading roles of Brandon MacGregor in  2018 action film, Acts of Violence starring Bruce Willis, Cole Hauser, Shawn Ashmore, Ashton Holmes, among others. He also voices on his upcoming project, 2019 video game The Dark Pictures Anthology: Man of Medan.

Shawn Ashmore has appeared in various movies as well as tv series and has amassed a decent amount of money from his career. As of 2018, he has an estimated net worth of $1 million, by celebrity net worth.

The Animorphs actor is living a luxurious life along with his wife, Dana and a cute son who was born in 2017.  Ashmore is 5 feet 10 inch in height.

The talented actor was married to a film executive, Dana Renee Wasdin. Thye couple met each other where both of them were busy filming, Frozen. The couple is still together, and there are no rumors about their divorce. They seem to be happy together.

Recently the couple was blessed with a son in 2017. Previously, He dated actress Michelle Trachtenberg from 2004 to 2006.