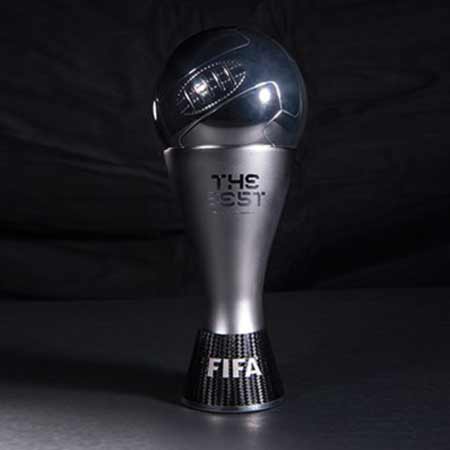 The Best FIFA Football Awards 2017 was held on October 23, 2017, at London Palladium, London, England. The ceremony was hosted by Idris Elba and Layla Anna-Lee.

A panel of experts on men’s football representing various FIFA and external football stakeholders compiled a shortlist of 24 male players were announced for The Best FIFA Men’s Player on 17 August. The three finalists Ronaldo, Messi, and Neymar were announced on September 22, 2017.

Real Madrid's star, Cristiano Ronaldo won the award with over 43% votes. The selection criteria for the award was set as per the sporting performance, as well as general conduct on and off the pitch from 20 November 2016 to 2 July 2017.

Gianluigi Buffon won the award for the 2017 Best Goalkeeper Award with over 42% of the vote. Gianluigi Buffon, Manuel Neuer, and Keylor Navas were listed top three finalist for the Award.

The selection criteria was based on the best goalkeeper, regardless of championship or nationality, for his achievements during the period from 20 November 2016 to 2 July 2017 inclusive.

The three finalist from the twelve candidates were announced on September 22, 2017. The selection criteria for the men’s football coaches was decided as per the performance and general behavior of their teams on and off the pitch from 20 November 2016 to 2 July 2017.

Zinedine Zidane won the award with over 46% of the vote beating Antonio Conte and Massimiliano Allegri.