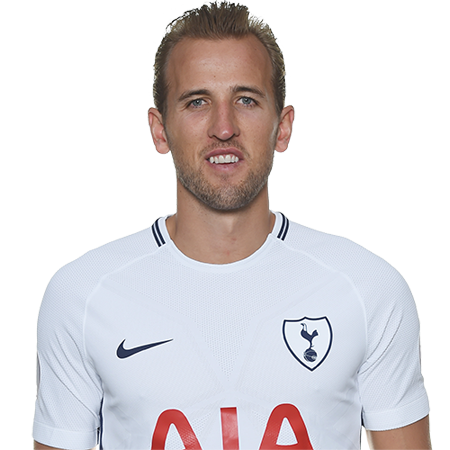 Harry Kane is professional soccer player who plays as a striker for English Club Tottenham Hotspurs (also known as spurs) and England National team.  He came from youth ranks of Arsenal and played on loan for Millwall, Leyton Orient, Leicester city and finally from 2014-2015 season as a striker in the first team of Spurs. From 2014-15 season till now Harry Kane has scored more than 20 premier league goals in every season.

He made his senior England team debut in 18th March 2015 in the qualifying match of Euro 2016 against Lithuania in which he scored just eighty seconds after substituting Wayne Rooney.  Harry Kane who is just aged 24 has a bright future ahead and is already tipped as the future captain of England National team. He is included in England's 23 man squad to play in the FIFA World Cup 2018 in Russia.

Harry Kane was born on 28th July 1993 in Walthamstow, London to father Patrick Kane and mother Kim Kane. He is British by nationality and is Caucasian by ethnicity. His lineage extends to Ireland as his father moved to London from Galway a city in West Ireland. He completed his primary education at Larkswood Primary Academy till 2004 and moved to Chingford Foundation School which was also attended by celebrity football star David Beckham. He considers former Manchester United star, Teddy Sheringham as his childhood inspiration and role model.

Kane joined Spurs' local rival Arsenal when he was just eight years but was later released. He then gave trial in Tottenham but was rejected at first.  He then again practiced and gave trial in Tottenham when he was 11 years and played as holding midfielder. But he got bad reviews by his coaches and staffs but that did not defy the inner desire to be footballer inside Harry Kane.

Harry Kane signed a professional contract with the Spurs in July 2010.  He was not a finished article already so he was sent on loan to Leicester, Millwall, and Norwich to sharpen his skills.  After his experience as a loanee, he eventually returned to North London club for the 2013-014 season.  His glory in football came when Mauricio Pochettino was selected as head coach for Spurs in 2014/15 season. He lived up to his hype or say manager's expectation scoring 21 goals in 34 appearance finishing as 2nd best striker behind City's  Sergio Aguero.

From 2015-16 Harry Kane became more consistent and lethal providing not only goals but also a s sist to his teammates helping Spurs to finish 2nd on the table just behind Leicester City.  He scored 28  goals in 50 appearances finishing as top scorer in the league. He started 2016-17 season with the drought in the first month but eventually finished as top scorer again in the league with  29 goals but still lost the Premier League title to Chelsea. With the 2017-18 season coming to an end Harry Kane is 2nd in goal tally with 26 goals. In his 149 appearances for Spurs, he has scored 104 goals.

Harry Kane made his International debut under Roy Hodgson for Euro 2016 Qualifying match against Lithuania in which he scored just after 80 seconds coming from the bench.  Prior to that, Harry Kane had also played for England's Under 18 and Under 19 European Championship.

In Euro 2016 Harry Kane played an integral part but it was a disappointment as England lost to Iceland in Round of 16. In a total of his 23 appearances for England, Kane has scored 12 goals. Kane is part of England's 23 man squad to play in the World Cup 2018. His good form will play a crucial role in England's title chase. England faces Tunisia in the first match of the competition.

Harry Kane's Net Worth And Salary

Though only 24 years of age Harry Kane is tipped as one of the best central strikers of the generation. His value in the transfer market has skyrocketed since his heroics in 2014/15 season. Rumors of his transfer to Real Madrid is still going on and Madrid president Florentino Perez knows he would cost them more than $100 million.  His current salary is around $170,362  per week and his estimated net worth is around $12 million.

Unlike other England stars, Harry Kane is pretty much one girl man and is engaged to love of life Katie Goodland. In an interview, he reported he met Kate Goodland since school days.  After eight years of relationship, the pair got engaged which Kane announced through his official Twitter account.  The pair has a daughter named Ivy Jane Kane.

In his free time, Kane likes to play golf. Kane family has got two Labradors named after NFL quarterbacks Brady and Wilson respectively.