The 2018 World Cup kicks off will start on Thursday, June 14 with an opening ceremony that will feature stars such as Robbie Williams, Ronaldo Nazario and local Russian star, soprano Aida Garifillinam.

Host country Russia kick off the tournament against Group A rivals Saudi Arabia started at 4 pm (12 pm in the U.S.). Before that, there was a 30-minute celebration featuring English singer, Robbie Williams, and Russian soprano Aida, which FIFA has described as a musical extravaganza.

Robbie Williams, the former Take That star, who went solo and has had an incredibly successful career, performed during the opening ceremony. 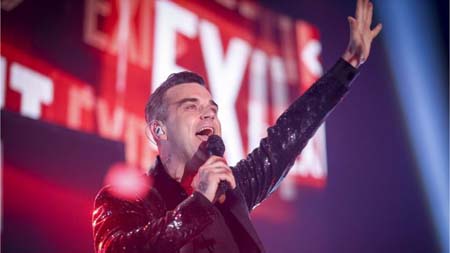 Williams is very excited. "I am very happy and excited to return to Russia for such a unique performance," he said. "Opening the FIFA World Cup to 80,000 football fans in the stadium and to many millions around the world is a childhood dream," he continued. He says he wants to invite football and music fans to join together for the celebration and to tune their TV shows in a little early in order to catch the unforgettable show.

Will I ever make it on the field? Maybe I should stick to singing ... Video by @aygyul

The host country, Russia, also had their representation. One of the most acclaimed voices in Russia, the soprano, Aida Garifullina, set to sing at the ceremony too. "I never imagined that I would be part of this huge party, the World Cup and that this would all happen in my own country," she said. 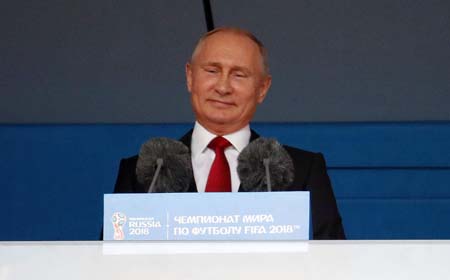 CAPTION: Russia President Vladimir Putin at the opening ceremony at the Luzhniki Stadium in Moscow on June 14, 2018 SOURCE: Incorporated Pakistan

Prince Salman: What about those human rights everyone is talking about?

Infantino: I can tell you, but only for 25 billion euros .