Morocco V. Iran Who Will Win?

Morocco and Iran, both showed promise since their qualifying matches, as Morroco only conceded one goal in  8 matches whereas Iran in their 18 matches conceded five goals. Drawn in the hardest group with 2010 World Cup winners Spain and current European Champions Portugal. Iran and Morocco both will try to win this game which will give them a huge advantage in their respective games against Spain and Portugal.

Here is the possible line up for today's match.

Morocco qualified for the first time since 1998 and are the only team to qualify for the World Cup 2018 without conceding a goal. In their World Cup spell, Morocco has never won the opening game and in their total of 13 games in the competition they have won only two, lost seven and drew four.

While Iran in their 2018 World Cup qualifiers, Iran didn't lose a game, won 12 games and drew six games. In 18 games, they kept 14 clean sheets. Also the coach, Carlos Queiroz is experienced and this is his third consecutive World Cup which gives an Iran a slight advantage over Morocco.

Well, it looks like the match will end in a goalless draw, however, Iran has shown a bit aggression in their friendlies, attacked more so it will give them a slight advantage over Morocco. 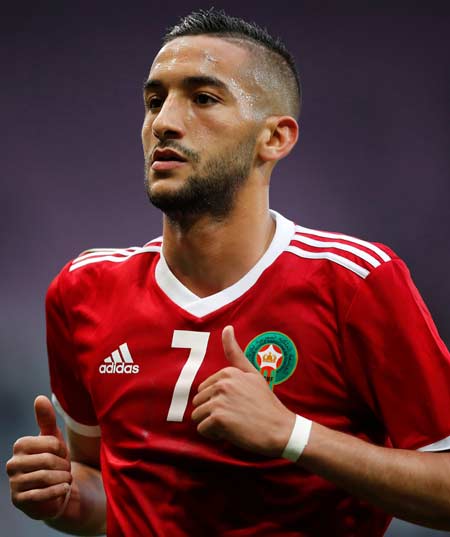 Hakim Ziyech who plays as an attacking midfielder will play a key role with his unique techniques and free kick ability. He has represented h Morocco 18 times and scored 9 goals. The player is confident and talking to KweseESPN he said,

"This is a difficult group, but if we look at it through a positive lens it can be good … good for us as players, but also good for us as a country. To play against these kinds of countries will be difficult, but it will be nice too. Playing against the likes of [Cristiano] Ronaldo and [Andres] Iniesta is a great motivation, but we believe in ourselves." 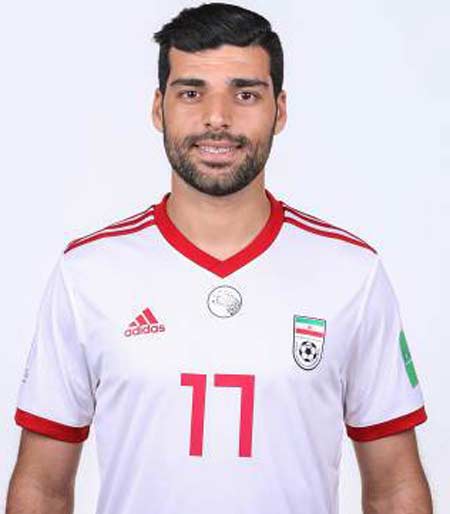 The 25-year-old striker has shown tremendous skills playing for Persepolis and was the top scorer of the Persian Gulf Pro League in 2015-16 and 2016-17 season. Since 2015 playing for his country he has appeared in 26 games netting 11 goals. During the 2018 FIFA qualifiers, he played a crucial role scoring the only goal in Iran's victory against Qatar followed by another goal against China to secure a 1-0 win. Shockingly he has not been included in today's match.