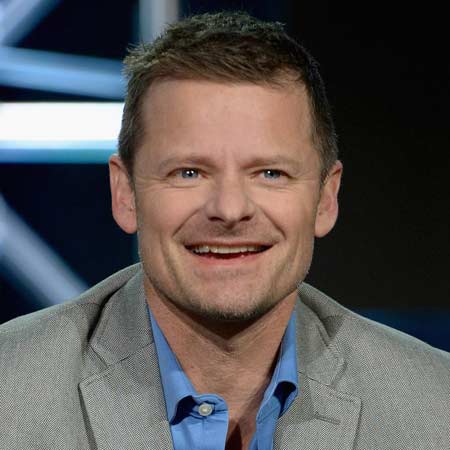 Multi-talented actor, Steve Zahn is an evergreen talent of Hollywood. Zahn is a popular American actor famously known for his roles in the movies including Reality Bites, That Thing You Do!, Out of Sight, Happy, Texas and Sahara. His breakthrough came in 1994 from the movie, Reality Bites. Also, he is known for appearing in first three Diary of a Wimpy Kid movies, Dallas Buyers Club, and War for the Planet of the Apes. Besides, he also voiced in several movies including Stuart Little, Chicken Little, The Good Dinosaur and Escape from Planet Earth among others. Active in the industry from last around 3 decades, he has accumulated an impressive net worth in million dollars.

Steve Zahn was born Steven James Zahn on 13th November 1967 in Marshall, Minnesota under the birth sign Scorpio. Zahn is the son of a Lutheran minister, Carleton Edward Zahn and a bookstore clerk, Zelda Claire Zahn.

His parents raised him in Mankato, Minnesota where he attended Kennedy Elementary School. Later, he moved to the suburbs of Minneapolis attended a local high school there. During his schooling, he acted in several plays and also became a two-time Minnesota state speech champion.

In 1986, Zahn graduated from Robbinsdale Cooper High School and eventually joined the United States Marine Corps. Later, he joined Gustavus Adolphus College but dropped after a semester. He left college after watching the original West End production of Les Miserables. He says,

‘’ I remember sitting through the second act thinking, I’m good as that guy standing on the barricade. I wanted to be part of the circus.’’

Steve Zahn made his professional debut from a Minnesota production of Neil Simon’s Biloxi Blues shortly after falsely claiming to be the member of Actors’ Equity. Zahn then joined American Repertory Theater’s two-year training program where he worked with Andrei Serban, venerated stage director.

Zahn then quickly gained popularity for playing an amiable stoner, slacker and sidekick in the movies like That Thing You Do!, You’ve Got Mail and Out of Sight among others. In 1999, he gained his first starring role as Wayne Wayne Wayne Jr. aka David in comedy film Happy, Texas starring Jeremy Northam, William H. Macy, Ally Walker and Illeana Douglas. His performance in the movie helped him to win Independent Spirit Award and Special Dramatic Jury Prize. He has also been nominated for Satellite Award.

Some of  Zahn’s other work includes Night Train, Calvin Marshall, Salesman, Dallas Buyers Club, The Ridiculous 6 and Captain Fantastic. As of 2018, he is working on the biographical drama film, Blaze directed by Ethan Hawke.

Zahn started his TV career in 1990 appearing in an episode of All My Children. He then appeared in several TV series in minor roles which include Friends, Mike & Spike, From the Earth to the Moon, Comanche Moon, and Monk among others.

In 2010, Zahn appeared as Davis McAlary, a part-time DJ, in HBO’s TV series Treme. He shared the screen with Wendell Pierce, Khandi Alexander, Kim Dickens and Michiel Huisman. He was associated in the series from 2010-2013 appearing in 36 episodes. In 2014, Zahn played a recurring role in Modern Family opposite Sofia Vergara, Julie Bowen, Ty Burrell, and Ariel Winter.

As of 2018, Zahn is working as Jude Ellis in the ABC’s sci-fi TV series, The Crossing. The series stars Natalie Martinez, Sandrine Holt, and Kelley Missal.

Steve Zahn has been nominated for several prestigious awards and won some of them. Some of his awards and nominations include:

Steve Zahn has an estimated net worth of $25 million. Zahn worked in several hit movies with an impressive box office collection.

According to some sources, an adult actor of Modern Family averagely makes a salary ranging from $30k -$60k. In 2017, Zahn teamed up with Rex Chapman in charity basketball match.

The multi-talented actor, Steve Zahn is married to author and theater artist Robyn Peterman (daughter of J.Peterman). The couple met for the first time in 1991 while both of them were performing in a national tour of Bye Bye Birdie. They eventually started dating and tied the knot on 16th July 1994 in the presence of friends and families.

Besides, their personal life, they also run a small community theater where Zahn performs occasionally.

Here is the video where Steve Zahn talks about the movie, War for the Planet of the Apes: