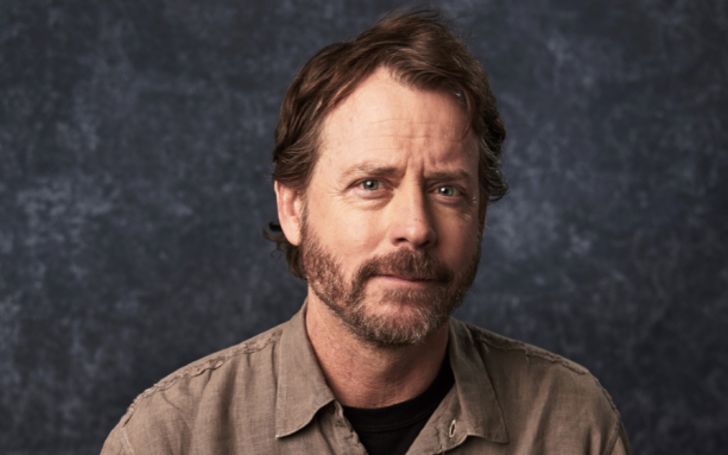 Gregory Buck Kinnear who is shortly known as Greg Kinnear is an American actor, television personality, and producer. He is very famous for his acting in movies such as  Green Zone, The Last Song, You've Got Mail, Someone like You, Nurse Betty, We Were Soldiers, Auto Focus.

Greg Kinnear was born as Gregory Buck Kinnear on June 17, 1963, in Logansport, Indiana, United States of America. He is the son of Edward Kinnear (a career diplomat who worked for the US State Department) and Suzanne (née Buck). He was raised alongside two brothers: James (born 1957) and Steven (born 1959).

Since his father was a diplomat, he had to move around quite frequently from Beirut to Athens. While he was enrolled at the American Community Schools in Athens, he was the talk show host with his school radio show, School Daze with Greg Kinnear.

After returning to the USA, he joined the University of Arizona and compted his broadcast journalism degree from there in the year 1985. During his University days, he was a member of the Alpha Tau Omega fraternity.

The 57 yaers old, Greg Kinnear is in a longtime marital relationship with  British ex-glamour model Helen Labdon. They shared the wedding vows on May 1, 1999, after some yaers of a dating relationship, and as of now, they have completed 21 yaers of togetherness.

They have shared three daughters: Kate Grace Kinnear, Lily Katherine Kinnear, and Audrey Mae Kinnear. The family of five is leading a happy life without any bad rumors.

Journey To $20 Million Worth From Several CAreer In Entertainment Industry

Greg Kinnear has a estimated net worth of $20 million as of 2020 from his longtime career in the entertainment industry. For his appearance in the series Rake, he was paid around $125,000 per episode.

Greg Kinnear made his acting debut in yaers 1988 from his appearance in the TV movie named What Price Victory as Teacher's Assistant. Following yaers he was cast in the TV series, Life Goes On as Corey. After that, he has appeared in several movies and TV series has more than 75 acting credit in his name.

Some of his notable work includes Murder in Mississippi, L.A. Law, Sabrina, A Smile Like Yours, The Larry Sanders Show, Happily Ever After Fairy Tales for Every Child, Animal Attraction, We Were Soldiers, Friends, Little Miss Sunshine, Baby Mama, The Kennedys, Modern Family, Anchorman 2: The Legend Continues, Confirmation, House of Cards, Good People.

Back in 2001, Greg along with his wife bought a $3.6 million house in  LA's Brentwood neighborhood. As of September 2020, they have listed the house for sale for $6.6 million. Also, they have bought a $3 million mansions in 2017 on the same block.