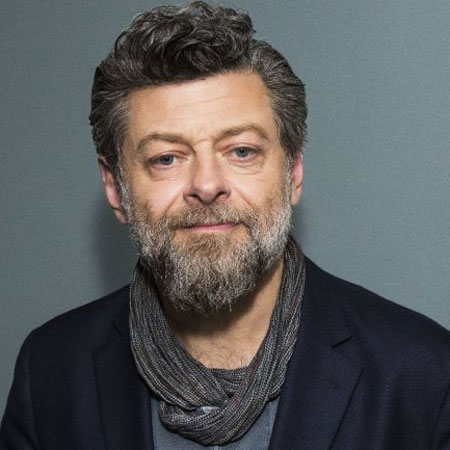 English actor, Andy Serkis is best known for his portrayal as Gollum in The Lord of the Rings films Trilogy for which he received many several nominations including the Saturn Award for Best Supporting Actor. His other notable works include The Hobbit: An Unexpected Journey (2012), King Kong in the eponymous 2005 film, Planet of the Apes reboot series (2011–17). Besides acting, he is also a director and a producer.

Andy Serkis is married to actress Lorraine Ashbourne and has three children.

He has received an Empire Award and two Saturn Awards in his career. He had a successful movie career to date. He has maintained a huge amount of net worth.

Who is Andy Serkis?

Andrew Clement Serkis was born on April 20, 1964, in Ruislip, Middlesex, England, UK. He is English as far as his nationality and is of mixed ethnicity. He is the son born to Lylie (born Weech) and Clement Serkis.

Andy Serkis’ father was an Iraqi-born gynecologist of American descent and his mother was an English teacher who taught disabled children. He grew up in Britain, with regular holidays in the Middle East (Tyre, Sidon, Damascus, and Baghdad). 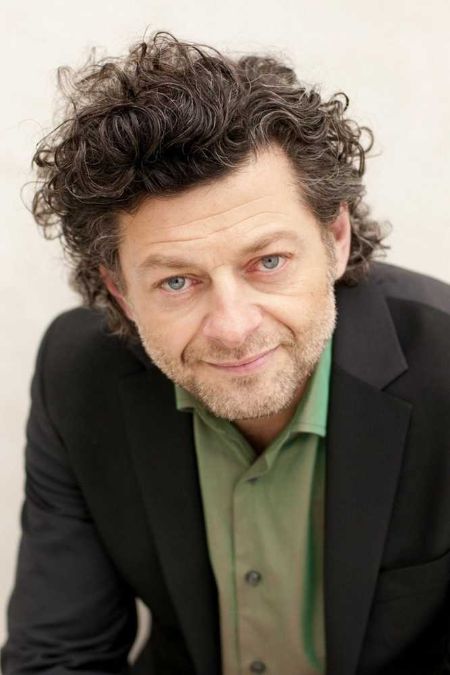 Serkis studied at St. Benedict’s School, Ealing in his early days. Later, he went to Lancaster University, where he studied visual arts. He chose theatre as a secondary subject so that he could design posters.

Andy Serkis was a part of the student radio station called Bailrigg FM and was a member of the County College at the time. He joined the Nuffield Studio and was actively involved in designing and producing plays.

Andy Serkis performed in a couple of productions at the end of his first year. He played the lead role of a rebellious teenager holding a teacher hostage in Barrie Keeffe’s play titled Gotcha.

Serkis changed his major subject to acting and constructed his Independent Studies Degree around acting and set design. He studied Konstantin Stanislavski and Bertolt Brecht including minor modules in art and visual graphics.

Andy Serkis adapted Raymond Briggs's graphic novel, The Tin-Pot Foreign General and the Old Iron Woman in his final year at Lancaster. The novel was based on a satire about the Falklands War, which he performed to acclaim as a one-man show.

Andy Serkis joined the backstage team at the Duke’s Playhouse in his third year of college to earn his equity card. He performed as an actor in the workshops based on the methods of Augusto Boal under director Jonathan Petherbridge.

Serkis joined several touring companies after gaining his equity card. He performed many acts including Bouncers opposite Hull Truck; Florizel in The Winter's Tale; and the fool in King Lear.

Serkis’ early works include TV films such as Oliver Twist (1999) and Hurlyburly (1997). He debuted on TV appearing in small roles at the initial phase of his career.

Andy Serkis portrayed Greville in an episode of The Darling Buds of May in 1992. He received his first lead role in the joint production of HBO/BBC single drama Einstein and Eddington in 2008. He portrayed Albert Einstein in the drama. He appeared in Mike Leigh’s romantic comedy Loop in 1997.

Serkis received wide public recognition after his breakthrough performance in The Lords of the Rings films trilogy (2001-2003). He was cast alongside Elijah Wood, Ian McKellen, Liv Tyler, and Viggo Mortensen, among others.

Andy Serkis starred alongside Samantha Morton, and Jim Broadbent in the BAFTA-nominated movie, Longford. He portrayed a serial killer Ian Brady in the movie.

Serkis portrayed Mr. Grin in the 2006 movie, Stormbreaker, which is the film rendition of Anthony Horowitz’s Alex Rider novel under the same name. The following year, he played Mr. Alley, assistant to American inventor, Nikola Tesla in the Aardman Animation movie, Flushed Away.

In 2007, Andy Serkis appeared in a British urban thriller movie, Sugarhouse alongside Steven Mackintosh, Ashley Walters, and Adam Deacon, among others. He played Hoodwink, a local crime lord who terrorizes an east London housing estate.

Serkis shaved his head and had 20 hours lasting sessions each to have temporary tattoos inked onto his body. The movie officially premiered at the 2007 Edinburgh Festival and released in the UK on 24 August 2007.

Serkis portrayed the recurring role of Gollum in the third part of The Hobbit movies (2012-2014). He was the consultant in the science-fiction monster movie, Godzilla working on the film's motion capture sequences to "control the souls" of the creatures.

Andy Serkis portrayed Ulysses Klaue in Marvel Studios’ hit production, Avengers: Age of Ultron in 2015. He also worked as a motion capture consultant on the film. He was cast alongside Robert Downey Jr., Chris Hemsworth, Mark Ruffalo, Chris Evans, and Scarlett Johansson, among others.

Andy Serkis is the co-founder of The Imaginarium Studios. He founded the studio with producer Jonathan Cavendish in 2011. The company is based on the invention of believable, emotionally engaging digital characters using Performance Capture technology.

In addition, Serkis has published a memoir describing his experiences playing Gollum titled Gollum: We Made Movie Magic. It was published in late 2004. He also portrayed an abusive boyfriend in the music video of Neneh Cherry’s Woman. He collaborated with British rock band Coldplay for making the video of Adventure of a Lifetime.

Enjoying $28 Million; Source Of Income and Other Properties

Serkin owns a luxurious three-story mansion in Crouch End, North London designed by Soup Architects. The house consists of a master bedroom with en-suite bathroom, study and dressing area, solar panels and a green roof in their planning application to Camden Council.

Andy Serkin made a huge amount of money appearing in several hit movies. Here's the list of the movies that made a good collection at the box office:

Here is an exclusive interview with Martin Freeman and Andy Serkis discussing their upcoming movie Black Panther on Black Tree.

Andy Serkis was born Catholic but has been an atheist since his teenage days. He is "drawn to the karmic possibilities of energy transference", specifically "the idea that your energy lives on after you." 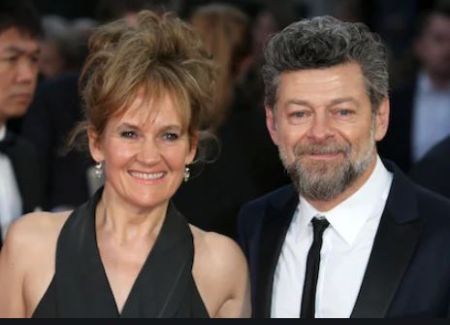 The couple first met in 1990 and started dating. They worked in a play at the Royal Exchange Theatre in Manchester. They also attended the premiere of Breathe at the London Film Festival.

Serkis currently resides in Crouch End, North London with his wife and children. His house was designed by Soup Architects.