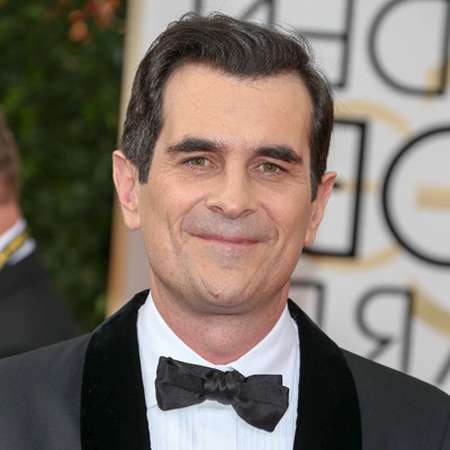 Ty Burrell is an American comedian and actor who is best known for his magnificent performance in the ABC sitcom Modern Family as Phil Dunphy. He was born on 22nd August 1967 in Grants Pa s s, Oregon. He is the son of Gary Gerald Burrell who was a family therapist and Sheri Rose who was a teacher by profession. He was raised in the small southern Oregon town of Applegate near the California border.

Burrell went to Hidden Valley High School in Grants Pa s s, where he was a footballer and was also a lineman for the Hidden Valley Mustangs. After graduating from high school, he went to Southern Oregon University in Ashland and finished his bachelor's with a degree in theater arts. During his time in college, he worked as a bartender at the Oregon Shakespeare Festival. Along with that, he continued his study at Penn State University, where he earned an MFA.

He began his acting career when he was at the age of 34, with the film Black Hawk Down in the year 2001. In 2004, he appeared in another movie Dawn of the Dead. After few appearances on the show Law & Order he started doing several comedy sitcoms and movies. Some of his movies and TV shows are Back to You, Out of Practice, National Treasure: Book of secrets, The Incredible Hulk and so on.

It was the year 2009 when Burrell got his career breakthrough role as Christopher Lloyd gave  him the part of Phil Dunphy on the ma s sive hit television series Modern Family which has gotten Emmys, rave reviews and the #1 spot on the television many times. Because of his popular and demanding role in the show Burrell himself has gotten 4 Emmy nominations and one win in 2011. He was also seen in the movies Muppets Most Wanted and Mr.Peabody & Sherman in 2014. He has also been cast in 2016 movie Finding Dory.

Heading towards his personal life, Burrell has been married to Holly since 2000. Holly is a former actress who has turned into a pastry chef.  It was announced on March 18, 2010, that Burrell and his wife had adopted a baby and two years later couple adopted their second baby. Burrell is very close with his family especially his brother Duncan, with whom he owns a bar in Salt Lake City and has also continued to develop writing projects with him. Currently, he resides with his wife and kids in Southern California.

Ty Burrell is a very hard working actor with a net worth estimated to be $16, Million, with a salary of $190 Thousand per episode.  He is one of great comedian that Hollywood has today and his dazzling performances are the evidence to support the fact. For more details about Ty; including his latest news, gossip, movies, TV show, family, the information is available in his bio and wiki page.