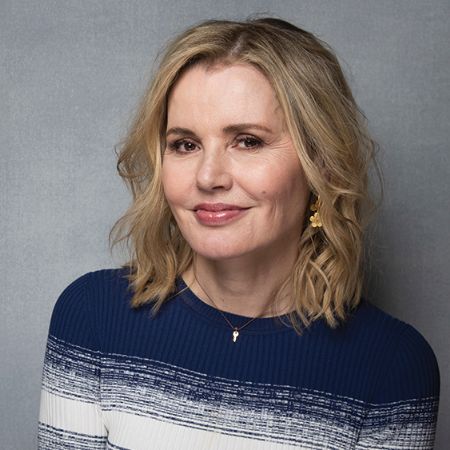 Two times' Academy Award winner Geena Davis rose to prominence from her role in the movie The Accidental Tourist. She is also famous for her Golden Globes Award-winning role in television series Commander in Chief. She appeared in many blockbuster hits movies, including Beetlejuice, A League of Their Own, and The Stuart Little series. Meanwhile, she is also the winner of the Jean Hersholt Humanitarian Award.

Geena Davis was born as Virginia Elizabeth Davis on 21st January 1956, in Wareham, Massachusetts, United States. As far as her ethnicity is concerned, she is White, and she holds an American nationality.

Her mother, Lucille Cook, was a teacher's assistant, and her father, William F. Davis, was a civil engineer and church deacon. She has an older brother, Danforth Davis.

Geena went to Wareham High School and later became an exchange student in Sandviken, Sweden. She completed her high school education from New England College in Henniker, New Hampshire. Then, she graduated from Boston University with a bachelor in fine arts in 1979.

She is a Two Times' Oscar Winner

Geena Davis started her career with the movie Tootsie in 1982. A year later, she made her first appearance on television, from a series Knight Rider. The actress also played a role in the series, Buffalo Bill, from 1983 to 1984.  She got her breakthrough role in 1988, in the movies Beetlejuice and The Accidental Tourist. She won her first Academy Award in Best Supporting Role for her role in The Accidental Tourist. 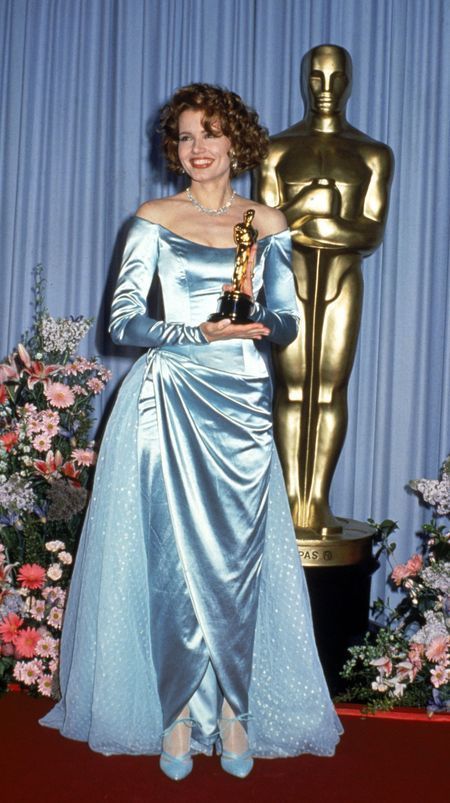 Geena Davis won an Oscar Award for her role in "The Accidental Tourist" SOURCE: Pinterest

In 2005, Davis appeared in a television series Commander in Chief and worked for two seasons. She bagged a Golden Globes Award for her role in the series in 2005. Some of her other famous television roles came in The Exorcist and Grey's Anatomy.

In 2019, she appeared in television series Glow and She-Ra and the Princesses of Power. She was awarded the honorary Oscar at the Governors Awards 2019 for her work against gender Bias.

Her future projects include Ava and Cowgirl's Last Ride. The actress also worked as a voice actress in the English version of the Japanese animation film When Marnie Was There.

Besides acting, Geena Davis is also engaged in charity and social work. The 64-year-old Stuart Little actress is a supporter of the Women's Sports Foundation. She also sponsors a huge research project on gender in children's entertainment.

Geena also launched the Geena Davis Institute on Gender in Media in 2007. The institute works for women and children and is motived to reduce stereotyping of females by the male-dominated industry. Moreover, Davis was also linked up with USAID and Ad Council's FWD campaign for awareness of the East Africa drought in 2010.

Geena Davis has an estimated net worth of $30 million in 2020. The gorgeous actress received a handsome sum of money for her work on television series. Some of her income details are listed below:

She also appeared in many successful movies, and here are some of her movies that do well at the box office.

Not much about her real estate transactions are known in the media, however, she had put her Montecito estate house on sales for $21.5 million in 2017. The actress also sold her Los Angeles, which she had bought in 1992.

Geena Davis has been married four times. At first, she married Richard Emmolo on 25th March 1982. The couple lived together for around a year before getting divorced.

Her second marriage was with actor Jeff Goldblum. She married Jeff on 1st November 1987. Geena and her husband lived for three years and divorced on 17th October 1990. 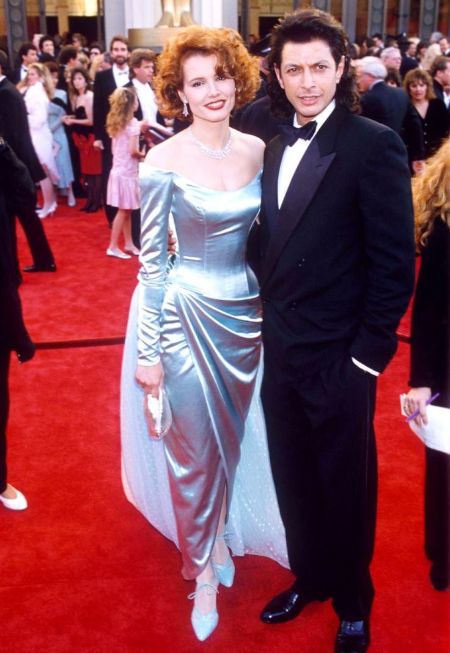 After her divorce from Jeff, she dated Renny Harlin for some time and exchanged their vows on 18th September 1993. Just like her previous two marriages, her third marriage also ended in divorce. They finalized their divorce on 21st June 1998.

Finally, she tied the knot to craniofacial surgeon Dr. Reza Jarrahy on 1st September 2001. A year later, On 10th April 2002, the couple welcomed their first child, a daughter Alizeh Keshvar Jarrah. Then, the actress welcomed twin sons, Kian William and Kaiis Steven, on 6th May 2004.

Around 16 years after their marriage, Geena and Reza went their separate ways on 15th November 2017. Reza filed for a divorce in May 2018. However, the actress later filed a petition claiming the pair were never married legally. In which, she filed a petition in which she claimed the couple was never legally married.