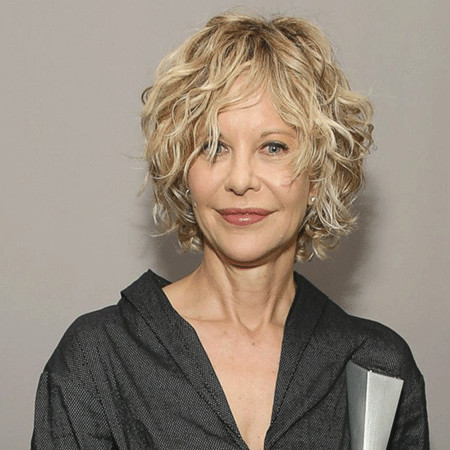 Meg Ryan was born on 19th November 1961 in Fairfield, Connecticut, United States. She is an actress, producer, and director. She is best known for her work on films like Top Gun, Innerspace, and When Harry Met Sally.

She was raised in Connecticut. Her mother Susan Jordan was a former actress as well as an English teacher and her father Harry Hyra a math teacher.

Ryan has three siblings; two sisters, and a brother. Her parents got divorced when she was a mere 15 years old. Megan is an American with Irish, Polish, and German descents.

Ryan attended St. Pius X Elementary School in Fairfield. In the year 1979, she completed her graduation from Bethel High School.

She attended the University of Connecticut and then the New York University to study journalism.

To help herself with her financial life, she worked in a soap opera titled 'As the World TTurns' and also acted in many television commercials.

Megan made her debut in acting career with ‘Rich and Famous’. After the film, from1982 to 1984 she worked in a daytime drama ‘As the World Turns’.

During the same time she also appeared in Burger King commercial. Ryan’s first leading role was in the romantic comedy ‘When Harry Met Sally’ in the year 1989. She earned her first Golden Globe nomination from the movie/

In 2000 she appeared in a family comedy-drama film ‘Hanging Up’. The same year she was also cast in an action thriller film ‘Proof of Life’.

Ryan tried her romantic comedy genre again with Kate & Leopold. The film was the highest-grossing film of the decade.

In 2004 she was cast in a sports drama film ‘Against the Ropes’. In 2007 she appeared in an independent film named ‘In the Land of Woman’. The film got mixed reviews from critics and positive response about her performance.

In 2012 Ryan was featured in a documentary on PBS, ‘Half the Sky: Turning Oppression into Opportunity for Women Worldwide’.

The series is about women and girls living under different circumstances and fighting to challenge them.  In 2015 Ryan made her directorial debut with the film ‘Ithaca’. The film was a drama film based on 1943 novel.

Ryan married actor Dennis Quaid on 14th February 1991. They met and fell in love during the filming of a movie they both were doing together. The couple has a son named Jack Quaid together. Ryan got divorced from Dennis on 16th July 2001.

Ryan has an adopted daughter. She adopted a 14 month old girl from china in 2006, her name is Daisy.

She was in a relationship with an American singer-songwriter named John Mellencamp during 2010. But in late 2014 it was confirmed that they had broken up.

Thanks to her multi-faceted professional life including her successful acting career, Ryan’s estimated net worth is $45 million.