Franklin Shea Whigham Jr., also known as Shea Whigham, is an American actor. His acting role as Earl Cole in  King: Skull Island, and Agent Michael Stasiak in Fast & Furious and Fast & Furious 6 established him in the acting industry. He is also recognized for his main role of Elias Thompson on the HBO drama series Boardwalk Empire. His untiring works in his acting career have won him some prestigious awards, including Screen Actors Guild Awards, New York Film Critics Awards, and Gold Derby Awards.

Shea Whigham was born as Franklin Shea Whigham Jr on 5th January 1969 in Tallaha s see, Florida, the United States. Whigham is a White American by his ethnicity and holds American nationality.

His father, Franklin Shea Whigham, and mother Beth moved to Lake Mary, Florida, when he was just five years old. Whigham's father was an attorney, and his mother was a school librarian. Whigham completed his junior schooling in Lake Mary.

After graduating from Tyler Junior College, he went to New York, where he joined the State University of New York for his further study.

Shea debuted from the television series Ghost Stories in 1997 and got his first role in silver screen as Craig in 1998 movie Of Love & Fantasy. He got his major role as Pvt Wilson in 2000 movie Tigerland.

He was also won numerous awards for his work on television that includes Screen Actors Guild Awards for Outstanding Performance by an Ensemble in a Drama Series for Boardwalk Empire. 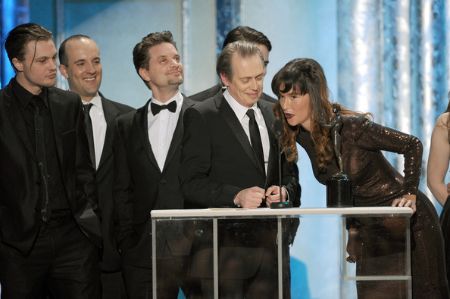 His latest works include his role of detective Burke in DC's Comic film adaptation Joker in 2019 in which he worked along with the actors like Robert De Niro and Joaquin Phoenix. His movies The Gate Way, The Quarry, and Small Engine Repair are scheduled to be released in 2020.

Net Worth of $5 Million

Shea Whigham's net worth is estimated to be around $5 million in 2019. The major source of his income is his acting career. He is having a successful acting career for over two decades, during which he has worked in a number of high-budget movies. So we believe he has received a pretty impressive paycheck for his work in such projects.

Here are some of his movies with its budget and their Box-Office Collection.

There is no more information regarding his a s sets and properties. But as per some online sources, he owns a house at Van Nuys, California, which might worth hundreds of thousands of dollars.

The 50-year-old American actor is married to Christine Whigham since 1997. Whigham welcomed his first child Giorgia Whigham with his wife Christine on 19th August 1997. 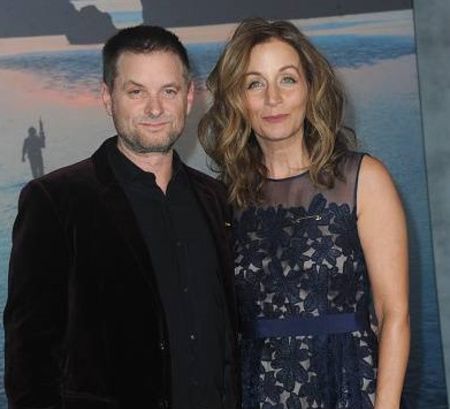 Giorgia has also walked on her father's footsteps and is having a bright career as well. Giorgia is best known for her role of Beth in MTV'S Scream and as Kat in Netflix's 13 Reasons Why.