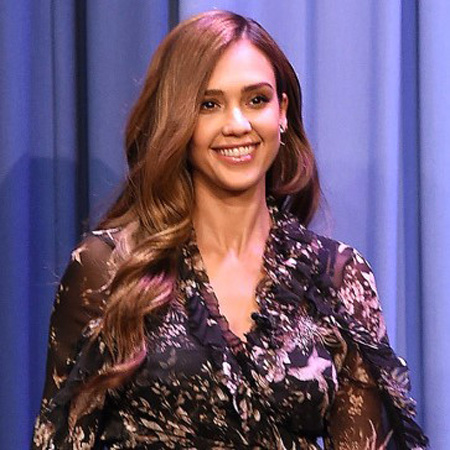 Jessica Alba, one of the renowned personalities in the world of acting. She is an actress and businesswoman who rose to fame after playing the outstanding lead character in the TV series, Dark Angel. She has received a number of prestigious awards for her acting, including Saturn Award for Best Actress on TV.

Alba belong to American nationality and ethnicity wise, Jessica has a mixed ethnical background as her mother has Danish and French roots as well as her father is Mexican-American.

As the daughter of a member of the United States Air Force, Alba spent her early life in various cities including California, Biloxi, Mississippi and Texas before finally settling back in Claremont, California. She also described her family as being a:

During her early life, Alba faced various physical ailments as she suffered from partially collapsed lungs twice, ruptured appendix and tonsillar cyst as well as had pneumonia four to five times a year. After that, due to her illness, she became an asunder from other children at school.

Alba was interested in acting from her early age of five. She later took part in an acting competition in Beverly Hills at the age of eleven, which she won and took her first acting cla s ses.

At the age of 16, Alba graduated from Claremont High Scholl and subsequently attended the Atlantic Theater Company.

At an early age of 12, Alba was signed by an agent and netted her first character as a Gail in the 1994 comedy Camp Nowhere.

Simultaneously, Alba made her TV debut in 1994 by portraying the character of the Jessica in three episodes of the Nickelodeon comedy series ‘The Secret World of Alex Mack’, a notable tween comedy about a girl who develops special powers.

Alba even appeared in two national television commercials for Nintendo and JC Penny. She later appeared in three seasons of the TV series Flipper as a Maya, which was filmed in Australia.

In 1998, Alba made her guest appearance in a number of prominent and highly rated TV series including first season of the crime drama ‘Brooklyn South’ as Melissa Hauer, for an episode of ‘The Love Boat: The Next Wave’ as Layla and two episodes of ‘Beverly Hills, 90210’ as Leanne.

Alba did a lot of work, but her big break came when she was selected by the director and writer James Cameron from 1200 odd candidates to audition for the character of the genetically engineered super-soldier, Max Guevara, for the Fox sci-fi television series ‘Dark Angel’ in 2000.

Running for two seasons until 2002, Alba obtained a huge critical acclaim and won a Golden Globe nomination. Since beginning her career, Jessica has played a variety of characters ranging from light comedy to gritty drama.

Alba featured in ‘Sin City’ as an exotic dancer Nancy Callahan for which she received an MTV Movie Award for ‘Sexiest Performance’.

Alba portrayed an aspiring dancer-choreographer in the 2003 drama film ‘Honey’ along with Mekhi Phifer and Joy Bryant as well. The movie grossed $30.3 million in the United States and $31.9 million in other countries, making the total gross of $62.2 million worldwide whereas its filming cost was $18 million.

After that, she grabbed a role of Nancy Callahan in Sin City alongside Benicio del Toro and Elijah Wood. The movie grossed $29.1 million in its opening weekend and made total box office collection of $158.7 million whereas it was budgeted $40 million.

In the year 2008, she made her acting transition to the horror-film genre in The Eye, where she played the character of Sydney Wells.

The thriller movie failed to impress, but Jessica’s performance received mixed reviews. Alba featured in the film ‘Spy Kids: All the Time in the World’ in the year 2011. Moreover, she also appeared in two sequels ‘Sin City: A Dame to Kill For’ and ‘Machete Kills’.

In addition to her acting, Jessica Alba is also an entrepreneur. In the year 2012, she launched ‘The Honest Company’ along with Chris Gavigan. The company provides consumers a collection of toxin-free household goods, diapers as well as body care products. As of 2017, the company is valued at $1 billion.

Moreover, Alba received an MTV Movie Award for Sexiest Performance in ‘Sin City’ in 2006 and the Young Hollywood Superstar of Tomorrow Award for her overwhelming talent and artistic capabilities in 2005.

Jessica Alba, 36, is a married woman. Alba is married to her husband Cash Warren for 9 years. The couple has two children.

In July of 2017, Jessica announced that she was expecting baby number three. Alba also was in a relationship with her ex-boyfriend, Michael Weatherly in 2000.

However, the couple officially announced their break up in August 2003. After that, Alba met Cash Warren in the year 2004, while she was in the shooting of Fantastic Four.

The couple got married in May 2008, in Los Angeles after four years of a love affair. The couple has two daughters, Honor Marie Warren and Haven Garner Warren.

Jessica Alba and her husband Cash are expecting their third child. A numerous awards winner actress, Alba exclusively disclosed her pregnancy by a sweet video on her Instagram account, which she posted on Monday 17th of July. The couple is living happily each other and there is no any sign of divorce.

Alba has earned a huge amount of salary working as an actress. Her movie, Sin City has successfully grossed $158 million worldwide. In 2016, she earned $23 million from her career.

As reported in May of 2016, Alba has a total net worth of $340 million. She has given several critically acclaimed and commercially successful movies including, the American neo-noir crime anthology film, Sin City and 2008 film, Honey as well.

Besides, Jessica is also a co-founder of The Honest Company, alongside with her business partners Christopher Gavigan, Sean Kene and Brian Lee. The company produces non-toxic, eco-friendly products for parents to use with their children and is valued over $1 billion.