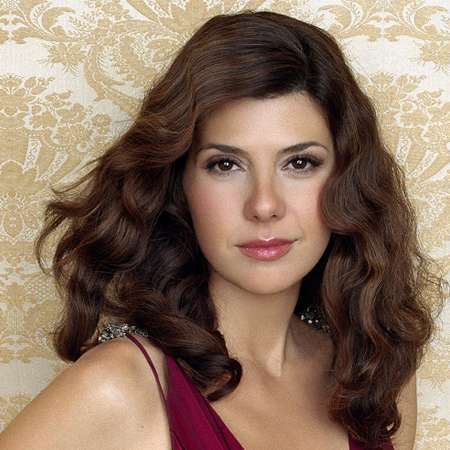 Marisa Tomei, an Oscar-winning actress, is known for appearing in several movies and television shows. She has featured in several films including Spider-Man: Homecoming, Spare Parts, Captain America, and Love the Coopers. She came to prominence as a cast member on The Cosby Show spin-off A Different World in 1987. She has also portrayed Aunt May in the Marvel Cinematic Universe, appearing in the films Captain America: Civil War (2016), Spider-Man: Homecoming (2017), and in the upcoming Spider-Man: Far From Home (2019).

Tomei had a relationship with actor Logan Marshall-Green between 2008 and 2012. They were rumored to be engaged, but a representative for Tomei denied this. Well, has she found a new man after her split from her former partner? Does she have any children?

In this article, we are going to talk in detail about her career, earnings, and relationships.

Marisa Tomei was born on December 4, 1964, in Brooklyn, New York, United States. She was born as the daughter of father Gary A. Tomei and mother Patricia Addie Tomei. Her mother was a teacher and her father was a lawyer.

She was raised with her family in the Midwood neighborhood of Brooklyn. Her nationality is American. According to her ethnicity, she is White American. She belongs to Italian-American descent. She has a younger brother named Adam Tomei, who is also an actor.

Marisa Tomei attended Edward R. Murrow High School and she earned her graduate degree from the same High Scholl in 1982. She later joined Boston University for a year. She was interested in acting and she also played the character of Hedy LaRue in a school production.

Marisa Tomei is also a huge celebrity icon on the movie screen and she made her movie debut in the 1984 American comedy film The Flamingo Kid. The same year she also was featured in The Toxic Avenger.

She has made her successful acting presence in many other movies like My Cousin Vinny (1992), Untamed Heart (1993), Unhook the Stars (1996), Slums of Beverly Hills (1998), The Guru (2002). In 2017, she appeared in the superhero film Spider-Man: Homecoming alongside Tom Holland, Zendeya, Donald Glover, and Robert Downey Jr.

Marisa Tomei is an unmarried woman. She is not dating anyone currently. Previously, Marisa had an affair with Ironman star Robert Downey Jr. in 1994. Later, she dated Dana Ashbrook from 1999- 2001. In 2001, she started dating TV writer and artist Frank Pugliese. They lived as a couple for about three years and before separating in 2004.

After the breakup with his boyfriend Frank, she later lived in relation with Christian Slater. There were also rumors about her affairs with Lenny Kravitz. But, that rumor did not come true.

In 2006, she started dating director Nicholas Carpenter, till 2008. From 2008 to 2012 she was in a relationship with Logan Marshall-Green. She also lived in relation with Josh Radnor for short period. She is not married yet and there is no information relating to her children and spouse.

Marisa Tomei's current net worth is $20 million at present. She is one of the highest-paid actresses in Hollywood.

She is a tall beautiful lady with a height of 5 feet and 5 inches. Her weight is 54 kg and she has maintained a killer body that measures 33-25-33.