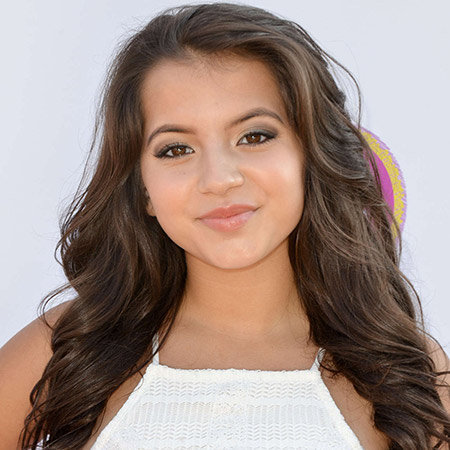 Isabela Moner is known best for her TV roles in Growing Up Fisher, Dora, and friends, 100 Things to Do before High school and more. She will soon be seen in 2017's Transformers: The Last Knight.

Isabela Moner was born on July 10,2001 in Cleveland, Ohio, United States. She is of American nationality and white ethnicity. She was born to parents Katherine and Patrick Moner. She mostly considered herself Peruvian than American. Moner was always interested in singing and began her career at the Broadway at the tender age of 10.

In 2013 she appeared as Young Nadia in the film The House That Jack Built.  As for her TV roles, Isabela was seen in 7 episodes of Growing Up Fisher as character Jenny. She has also voiced as Kate in Dora and Friends: Into the City! Isabela Moner is perhaps known best for her role as lead character CJ Martin in 100 Things to Do Before High School. In 2015, she appeared as Lori Collins in Splitting Adam. A year later, Moner was seen as Sadie in Legends of the Hidden Temple.

Isabela Moner released her album, Stopping Time on 18th September 2015. She will soon be voicing in the animated movie, The Nut Job 2. She has been doing well in her movie as well as TV career. We hope to see more of her in the years to come whether it be on TV or in movies.Since then she has been seen in 2016’s Middle School: The Worst Years of My Life. Moner will soon be seen in 2017’s Transformers: The Last Knight.

Isabela Moner is too small to get married or have an affair. There have been rumors that Isabela is dating Jace Norman. The rumor arose when she posted a photo of her kissing Norman on Instagram. But the rumors are not accounted to. Moner does not have a boyfriend. She is only 15 and has her entire career in front of her. She is focused mostly on pursuing her dream. Moner seldom talks about her relationship status or her list of crushes. She likes to keep her private life away from the media. Moner has been getting more and more offers in movie and TV shows and is very busy at present. Even in the busy schedule, she finds time for her friends and family to have fun.

Moner is currently 15 years old and stands tall at the height of 5 feet . Moner has a well-developed body and a well-structured face. Her height and weight are better developed than others of her age. Moner is adored by her fans for her acting as well as singing skills. Moner’s net worth is estimated to be $ 1 million. Her salary is estimated to be very high, coming out of her successful career in the TV as well as the movie arena. The bio of the very beautiful and talented, Isabela Moner can be found on various social media sites like Wikipedia, twitter and more.