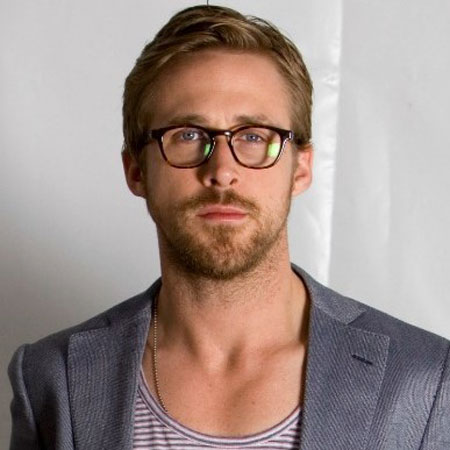 Ryan Gosling is a Canadian actor and musician. He was born in the 1980s and was nominated for the best actor for Oscars. He acted in several independent films which include “Murder by Numbers”, “The Slaughter Rule” and “The United States of Leland.”

The skillful actor was born on November 12, 1980, in London, Canada. He holds Canadian nationality and belongs to Caucasian ethnicity. His parents were Donna Wilson and Thomas Ray Gosling. He is the second child among two children with an older sister, Mandi.

Gosling attended Gladstone Public school, Cornwall Collegiate and Vocational School and Lester B. Pearson High School. When he was a child, he used to watch Dick Tracy and that inspired him to be an actor. Until he was 15, he had no friends and was bullied at school which was the main reason that led him to hate his childhood days.

Ryan was too depressed with his childhood days and was unable to read due to which his mother left the job and homeschooled him for a year. From an early age, he was habitual in performing in front of the audience and used to sing at the weddings with his older sister.

The proficient actor first performed as a singer at talent contest with his sister and attended an open audition in Montreal for the TV series “The Mickey Mouse Club’’ and was selected among 17,000 other actors for the show.

Gosling then appeared on numerous TV series including “Young Hercules”, “Breaker High” and was also seen in the movies “The Slaughter Rule”, ”Murder by Numbers” and “Remember the Titans.”

The rea s suring musician was successful in grabbing the attention of medias and public with a role of Jewish Neo-Nazi in the film “The Believer” that won the Grand Jury Prize at the Sundance Film festival. He reached a summit of his profession with “Half Nelson” which helped him in earning an Academy Award Nomination as the Best actor.

previously, the 36-years-old actor Gosling was living in New York City with his mixed-breed dog, George. He started dating Sandra Bullock, his co-star from “Murder by Numbers” for about a year. Then, he dated Rachel McAdams, his co-star from “The Notebook” from 2005 to 2007 and again they briefly reunited in 2008.

In 2011 he started dating his next co-star, Eva Mendes from “The Place Beyond the Pines”. They have two daughters together who was born on 2014 and 2016.

The popular actor and musician, co-owns Tagine, a Moroccan restaurant in California and has a dog, George. He bought the restaurant and said that he has spent all of his money on it. He then spent a year doing the renovation work and now oversees the restaurant's menus. His net worth is reported to be around $30 millions.