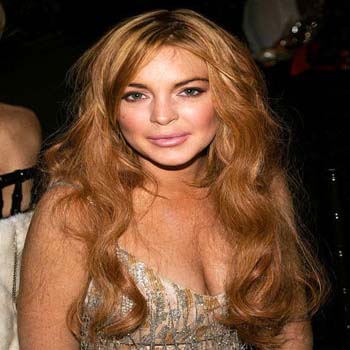 Lindsay Lohan is a an American actress, recording artist and a popular model. Sheis known for her works in the movies such as A Prairie Home Companion (2006), Bobby (2006) and Chapter 27 (2007).

Lohan was born July 2, 1986, in The Bronx, New York city, New York, U.S. She is the eldest of all four children to Dina Lohan and Michael Lohan who once got divorced but got re-united again. Her full name is Lindsay Dee Lohan or Lindsay Morgan Lohan. She has been actively contributing in Hollywood since 1989.

Lohan got a breakthrough in the media in a very early age. She performed as model with Ford Models at an early age of 3.After that she got to play more than 60 TV commercials which made her like a TV Advertisement veteran.

Lohan got a breakthrough in her movie career through a family comedy movie Parent Trap and later she got renowned for a popular movie Mean Girls. She has given her contribution in lot of movies like Freak Friday, Labor Pains , The Holiday ,Just My Luck, Chapter 27 and Mean Girls are few of  popular movies.

Lohan has also contributed in some very popular TV Series like King Of The Hill, Glee, Project Runway , Ugly Betty e.t.c . Moreover in later days of 2013 she has participated in some movies like Inappropriate comedy, Scary Movie 5,The Bling Ring, The Canyons and The Inconceivable.

Lohan also participated in Series like Anger Management, Late Night with Jimmy Fallon and Lindsay. She also happened to be punished with 90 days stay in Jail which for shortened t 14 days due to over-crowding.

Her height is 1.65 m and she weighs 52 kg. Her body measurement is 36-24-35.Her Net Worth is $500 Thousand USD. Apart from being a successful actress in later days she had to face some legal issues too. She had to be in jail due to some drugs issues and later in 2010 she had to go through drug rehab. In 2011 she was charged of theft of an expensive jewel in 2011 and later she was sentenced for jail.