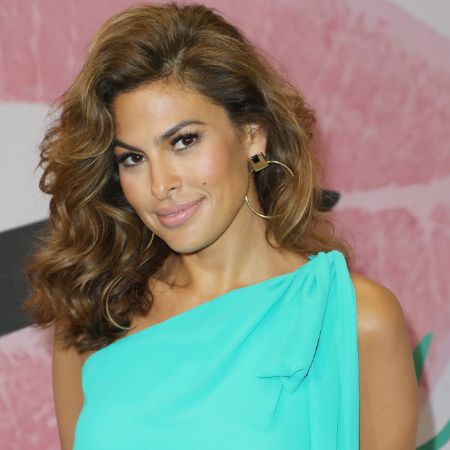 Actress, model, and businesswoman, Eva de la Caridad Mendez, aka Eva Mendes, is widely known for portrayals in movies like Training Day, 2 Fast 2 Furious, Once Upon a Time in Mexico, Stuck on You, Hitch and Ghost Rider. She has won the Capri Hollywood Award and Giffoni Film Festival awards. She has been in a hiatus from the entertainment industry since 2014.

Born In A Cuban Family

Eva was born as one of three children of Eva Perez Suarez and Juan Carlos Mendez. Mendes was raised with her two older siblings, brother Juan Carlos Mendez Jr and sister Janet Mendez. Her older brother died in 2016 from throat cancer.

Mendes went to Hoover High School in Glendale. After completing high school, she went on to study marketing at California State University in Northridge. Mendes dropped out of college to pursue her acting career and went to train under Ivana Chubbuck.

Net Worth of $15 Million

The Hitch actress, Eva Mendes, worked in the entertainment business for more than two decades. She has maintained a beautiful net worth of $15 million from her work as an actress and a businesswoman.

Mendes has been a part of several hit movies and television series, from which she has undoubtedly accumulated an exquisite sum of money. Here we present a list of her commercial sucessful movies and their Box Office collection.

Mendes also runs bed linens and dinnerware, which also adds some amount on her multimillion-dollar net worth. Furthermore, she collaborated with New York & Co to launch a Fashion line Eva by Eva Mendes.

The Other Guy actress, 45, owns a house with her boyfriend, Ryan Gosling, which they bought for $6.5 million. In 2018, the couple later moved into a house in neighboring LA, for which they splurged $8 million.

Eva la de Mandez debuted as a model from the music video Pet Shop Boys and later worked for the Aerosmith's music video for Hole in My Soul in 1997. Her first role as an actor came in a B-grade movie, Children of the Corn V: Fields of Terror in 1998.

Eva got her main role as Sara in 2001 movie Training Days, and a year later, she appeared in 2 Fast 2 Furious, Once Upon a Time in Mexico and Stuck on You. 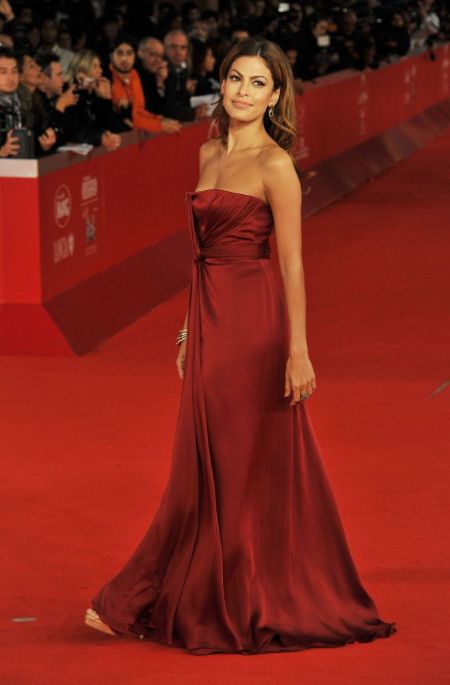 Mendes was last seen in the 2014 film Lost River as Cat. She also appeared as a guest actor in some television series like ER, Mortal Kombat: Conquest, and VIP. Besides, Eva also gave her voice The Other Guys soundtrack.

After her halt from her acting career, Mendes has been busy on her business. She partnered with New York & Co. to introduce a fashion line, Eva by Eva Mendes in February 2013. In 2015, she worked as a creative director of the makeup brand, CIRCA Beauty, which launched at Walgreens.

Happily In A Relation With Actor Ryan Gosling

Mendes is currently living with her boyfriend, Ryan Gosling. She has two kids from her relationship. The couple met on the set of their movie, The Place Beyond the Pines, and began dating shortly after their first meeting. 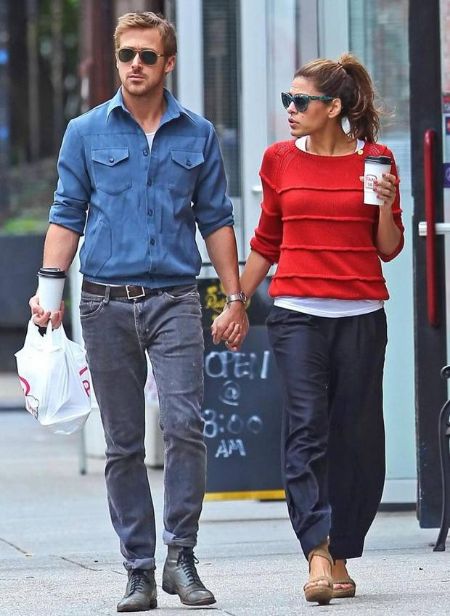 Before, Mendes was in a relationship with George Gargurevich. The couple started dating in 2002 and also moved in together for a while. But unfortunately, their relationship came to an end after 8 years in 2010.