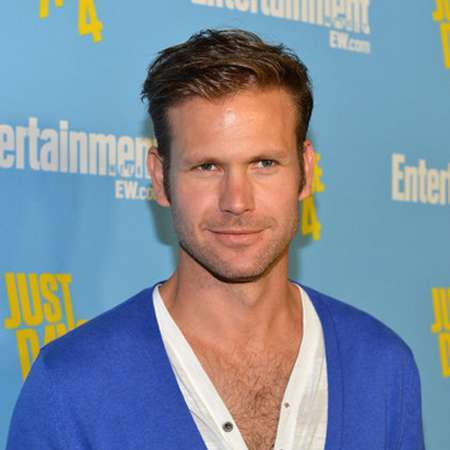 Matthew Davis is an American actor known for his appearances in the TV shows, including Legally Blonde, What About Brian, and The Vampire Diaries. He starred on the short-lived CW mystery and horror drama Cult as Jeff Sefton and had a recurring role on the CBS police drama CSI: Crime Scene Investigation as Sean Yeager.

Who Is Matthew Davis?

Matthew Davis was born Matthew W. Davis and he was born on May 8, 1978. The 41-years-old actor was born in Salt Lake City of the USA and back from the year 2000, Matthew is actively working as an actor within Hollywood delivering hit list among the public.

He studied at Woods Cross High School for his education as well as also became part of The American Academy of Dramatic Arts. For his acting education, he also studied at the University of Utah.

Matthew Davis is remembered by his fans from What About Brian that came in 2006 for one year of time. Similar to this in The Vampire Diaries also he got portrayed as the character of Alaric Saltzman. Matthew worked within this popular fantasy drama starting from the year 2009 till the year 2012.

His recurring work in CSI: Crime Scene Investigation is also the great work appreciated by his fans. He is even called Matt by his close friends and his father was working in a theater company. His mother was also a working lady and he was 2nd out of 3 children of the family.

Matthew in the early stage of time worked as a pizza delivery boy in the very early struggling period. Even he also worked in many restaurants during his college time. From the time he started thinking of his career into films and entertainment.

He started working with small roles at the very time and portrayed for the minor roles. Later after The Vampire Diaries he also worked in Legally Blonde and Tigerland in the year 2001 and 2000 respectively.

From 2017-18, Matthew played the role of Alaric  Saltzman in The Originals sharing the screen along with Joseph Morgan, Daniel Gillies, Claire Holt, and Phoebe Tonkin.

Davis currently appears in the fantasy drama Legacies along with Danielle Rose Russell, Peyton Alex Smith, and more. He joined the project in 2018.

Matthew Davis' Net Worth And Salary

The 6ft 1 inch tall Matthew Davis' net worth is $2 million at present. He earns a decent amount of salary from his acting career.

Matthew Davis' Personal Life: Who Is His Wife?

Matthew has been married twice. For the second time, the actor tied the knot with his spouse Kiley Casciano on 23rd Dec 2018. He previously married to Leelee Sobieski in the year 2008. But this spouse ran their relationship only one year of duration. In the current time, it is stated his affair is going on with Azita Ghanizada and from the year 2012, they started their healthy dating time.

He has publicly introduced this lady as her girlfriend and before getting married to Leelee, he was also in a relationship with Zooey Deschanel during the year 2000 only for one year of time as mentioned in his bio.

Matthew seems very dedicated in his career and he has no child in current time by now. He will be marrying his affair after some years of his age but now they are enjoying their time as girlfriend and boyfriend. Matthew is not gay.