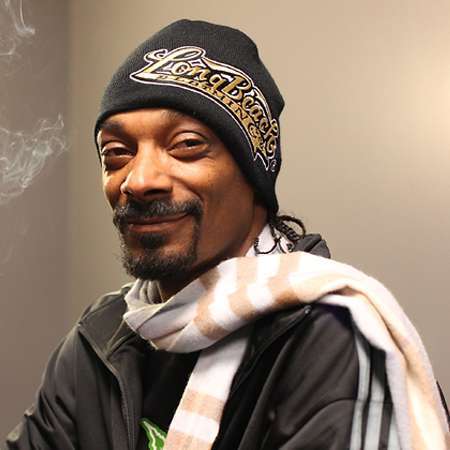 One of the most recognizable faces and voices in the world of rap, Snoop Dogg, received several Grammy nominations. Dogg has been contributing to the entertainment industry since decades. The rapper gave numbers of studio albums which made million of sales in worldwide. He also worked in several movies and TV shows from where he also gained a huge popularity.

Active in the industry since decades, he has earned millions of net worth and has collected huge a s sets. He is also involved in many charities and supported several charitable organizations.

Regarding his personal life, Dogg is married and has three children. He also has a son from his previous relationship. Besides, he has a number of brushes with the law.

Snoop Dogg was born Cordozar Calvin Brofus Jr. as a second of three sons on 20th October 1971 in Long Beach, California. He was born to mother Beverly Broadus and father Vernell Varnado (singer and mail carrier). Dogg was named after his stepfather, Calvin Cordozar Broadus Sr. His mother and his step-father divorced in 1975. When he was three months old, Dogg's father left the family.

As a kid, his parents nicknamed him ''Snoopy'' only because of his appearance. From the early age, he began singing and playing piano at Golgotha Trinity Baptist Church. When he was in the 6th grade, he started rapping.

As a teenager, Dogg frequently was involved in troubles with the law as he was the member of the Rollin' 20 Crips gang, however, he always stated that he never joined the gang. After graduation, he was arrested for possession of cocaine.

Initially, Snoop Dogg along with his cousins made homemade Mixtapes by naming their group 213. One of the tracks of the mixtape came to the attention of Dr. Dre who invited Dogg for the audition. He then started rapping under the name ''Snoop Doggy Dogg.''

Later, Dr. Dre and Dogg collaborated on a song, ''Deep Cover'' and in 1992, Dogg starred on several songs on Dre's album named The Chronic.

Dogg released his second album named Tha Doggfather which too debuted in the first position on the previous two charts. He has since signed in with the No Limit Records from where he released the albums Da Game Is to Be Sold, Not to be Told and No Limit Top Dogg which scored the top position on the hip-hop chart.

His other albums, No Limit, and Tha Last Meal sold millions of copies. By 2012, he dropped ''Dogg'' from his name and changed it to Lion. As per some sources, he changed his name after he traveled to Jamaica where a priest told him,

The year, he also announced that he was working in his first all-reggae album, Reincarnated.  His stardom does not end here. In May 2015, he released his 12th studio album, Bush produced by Pharrell Wiliams. His songs from the album, ''Peaches N Cream'' and ''So Many Pros'' hit #1 on the hip-hop/R&B charts and also hit #14 on the Billboard 200.

Snoop Dogg made his silver screen debut in 1994 in a short film, Murder Was the Case. Two years later, he made a cameo in Martin Lawrence's dark-comedy film, A Thin Line Between Love and Hate.

In 1999, Dogg played the lead role, Dra-Man in The Wrecking Crew starring Ice-T, Emie Hudson Jr., and Vincent Klyn. He also voiced in several movies. He then worked in several movies like Bones, Soul Plance, The Tenants, The Big Bang, Scary Movie 5 and Grow House among others.

As of 2018, he is working in a post-production movie, The Beach Bum starring Zac Efron, Matthew McConaughey, and Isla Fisher.

Dogg is interested in sports mainly basketball, football, and ice hockey. He became the certified football coach for his son's youth football teams and also for the John A. Rowland High School team.

Snoop Dogg's contribution to the entertainment industry helped him to get nominated for several prestigious awards and won some of them as well. Here is the list of his won awards:

Snopp Dogg has established a name in the rapping arena and thus has acc u mulated a net worth of $135 million as per Celebrity Net Worth whereas, his estimated net worth is $143 million according to The Richest. With such net worth, he became one of the richest rappers of the world.

Dogg is earning a huge amount from his songs and album. Here are the total sales of his albums:

Besides, Dogg also earned an impressive salary from his acting career. Here is the list of his movies which made a good collection at the box office:

Snoop Dogg is also making money from investments. He has bee an active investor and an entrepreneur as well. He was appointed as a chairman of Priority Records in 2009.

Dogg made his first investment for the venture Eaze in 2015 which is a weed delivery startup which provides medical marijuana to the person's doorstep in less than 10 minutes. The same year, he invested in the digital media business, Merry Hane which focuses on the news about marijuana.

The year, he also formed his new brand of cannabis product called, Leafs By Snoop. His brand product includes marijuana flowers, concentrates, and edibles. With the brand, he became the first celebrity to brand and market a line of legal marijuana product.

Later, he along with Nich Adler, his manager launched an app, Snoopify which earns $30k weekly. In 2016, he purchased a food restaurant chain, Roscoe's House of Chicken and Waffles.

Dogg owns a house in Claremont, California worth $2 million. He has a collection of luxury cars:

Here is the video where he is showing his cars collection:

Dogg is involved in several charity works and supports various charitable organizations. He annually turkeys to the less fortunate in California at Thanksgiving. In 2016, he gave away 3k turkeys.

He rose a huge money for Habitat For Humanity's Operation Home Delivery Fund by auctioning off an hour with him in a recording studio. he also raised money after he held a charity basketball game and donated his Save a Life Foundation.

Snoop Dogg is a married man. Dogg tied the knot to his college sweetheart, Shante Taylor on 12th June 1997 at The Ritz Carlton Hotel in California.  Before marriage, the pair started their affair since 1988.

On 21st May 2004, his wife filed a divorce citing irreconcilable differences. He said,

''I was trying to get a divorce, but I went back home and I fell back in love with my wife and kids. A lot of times you get cloudy. This music industry is a mother, man, and it’ll take your vision and blur it. But God is good, so I understand that I need my wife and my kids in my life — so I threw the papers away. I don’t want to get a divorce. So if you hear about a divorce, it’ll be my wife divorcing me; it won’t be me divorcing her. … And I made a mistake, so I’m trying to get back right.''

Dogg remarried his spouse on the 12th of January, 2008 on Charlie Wilson's 20-acre ranch. The ceremony was attended by 200 guests.

Dogg also has a son, Julian Corrie Broadus (1998) from his previous relationship with Laurie Holmond.

Moreover, he was linked to several ladies including Chavonne Hodges, Karrine Steffans, and Rita Ora.

Besides, he is an avowed cannabis smoker which made it one of his trademarks. In 2002, he announced that he was giving up cannabis for good but it did not last long and the next year, he claimed to be smoking 80 cannabis blunts per day.

In 1996, he was acquitted of murder charges as someone in the vehicle where Snoop was riding in, shoot and killed an alleged gang member, Philip Woldemariam.

In 2006, Dogg was detained at teh airport of California after the airport security found a collapsible police baton in his bag. The same year, he was again stopped at Bob Hope Airport after teh securities found an unspecified amount of marijuana.

Dogg set the Guinness World Record for the largest paradise c* * ktail on 27th May 2018 at the BottleRock Napa Valley music festival where they made the paradise with Gin and Juice.

Here is the video which shows 15 facts about Snoop Dogg: