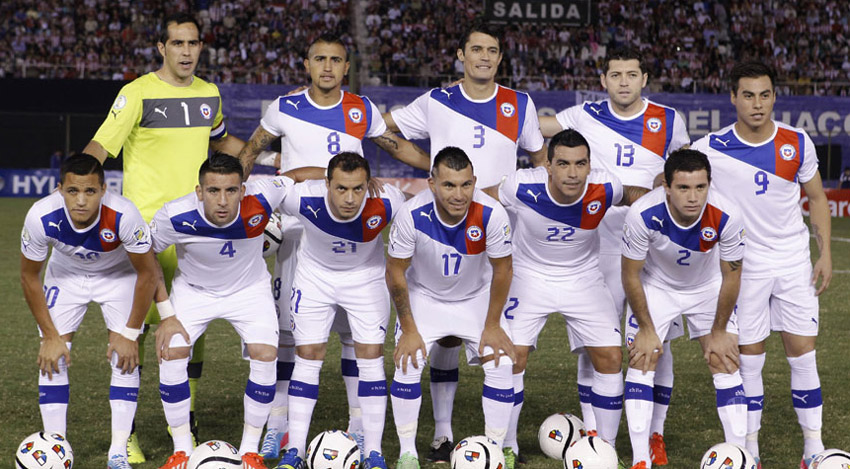 The Chile National Football Team, operated by Federacion de Fubol de Chile, represents Chile in the international football arena. The emblem of the Chile National Football Team consists of the use of three colors i.e. white, red and blue which their kit color as well. Currently Chile is ranked 14th on FIFA Ranking, which is a drop from their previous position. The Chile team is nicknamed as La Roja (The Red One) The Team plays from CONMEBOL (South America) confederation. The squad will be decorated in the tricolor jersey in the red t-shirt, blue shorts and white shocks. The official kit supplier for the Chilean Team is Puma.

Looking upon the History of Chile National Football Team, the football was Started in Chile in 18th century being the Federacion de Futbol de Chile is the second oldest South American federation founded in 1895. Chile has appeared in eight World Cup Tournaments making its World Cup debut in 1930. Chile had organized FIFA World Cup in 1962 and finished up in third position which has been their major achievements so far. Chile is one of the strongest teams in the world. The Chile team is known for their consistency. Chile is in the Group-B along with Spain, Netherlands and Australia. Chile will be playing against these teams in Group Qualifier rounds.