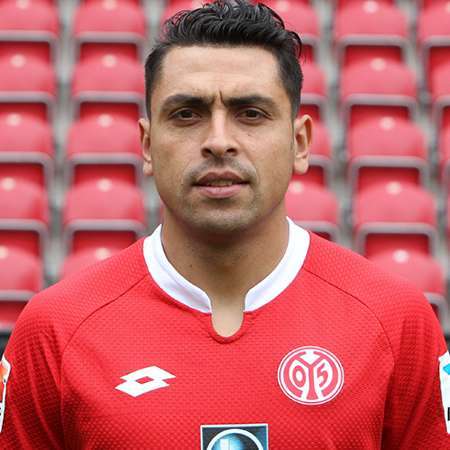 Gonzalo Alejandro Jara Reyes is the full name for Gonzalo Jara, born on 1985 August 29 at Santiago, Chile. His nickname is Rana. This 24-year-old Chilean footballer plays for his current team Nottingham Forest F.C from squad number 18 and for his nation Chile in Chile National Football Team as a defender. This young defender has the height 174 cm and weight of 79 kg. It is found that his current market value is 1,500,000 Euros. As of 2018, his net worth is estimated to be around £2 million with £500k annual salary. His current market value is £405k. His highest market value £2.70m in 2014.

His agent is Jason N.Pappe. Gonzalo Jara has started his youth career from the club called Huachipato. From the same team, he debuted in his professional career since the year 2003. He appeared in the 69 games from the Huachipato scoring a goal for the team. Later in 2007, he made a move to the South American Team called Colo-Colo. He stayed in the team from 2007 to 2009.

He appeared in 64 matched bagging a goal for the team. Colo-Colo won the title of Apertura 2007, and Clasura 2007,2008 and 2009 during when he used to be the defender the team. Later in mid of 2009, Gonzalo Jara made the move of 1.4 million pound to the club called Bromwich Albion. He had the contract to West Bromwich Albion until 2013. During this period he played in 56 matches for the team making 2 goals. During the contract with West Bromwich Albion, he was loaned to the championship side Brighton and Hove Albion in 2011 and in 2012 as well due to his injury crisis.

He had played for Chile in Cope America 2007 and 2010 World Cup Qualifiers. Gonzalo Jara was the Captain from the Chile’s team in 2008 Under-23 Toulon Tournament. Gonzalo Jara is the name of a versatile defender who is able in fullback role as well as a center back. As a young and enthusiastic player, this right-footed player has got good speed in the game. Likewise, his tackling skills, strength in the shots, discipline and durability in the game is praiseworthy. He likes to play long balls and often plays the ball off the ground.

However, he stills need to work on his heading, positioning in the game, pa s sing and shooting skills for the better performances in the future matches of his career. In 2014 FIFA World Cup, he will be lining up with his team members as a defender from Chile National Football Team under the management of Jorge Sampaoli.