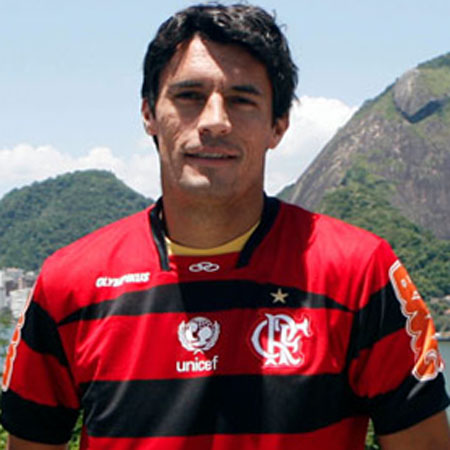 Marcos Andres Gonzalez Salazar is popularly known to the world as Marcos Gonzalez is a Chilean professional football player. He was born on 9 June 1980 in Rio De Janeiro, Brazil. He plays as a defender for his team. He currently plays for Flamengo. He has a Chilean citizenship through his native place is Brazil. He had moved to Chile at the age of two and has developed a spectacular place for himself in the arena of football.

He signed a two-year contract with Universidad Catolica from 2008-2010 and has appeared in eighty-seven matches striking ten goals for the club. He joined the team Universidad de Chile again in 2011 and played twenty-seven matches registering only one goal. He was then transferred to Flamengo for the season 2012-2014 and has played forty-four matches for the club registering two goals till date. He was later signed by Union Espanola in the year 2014. He has represented Chile in international league twenty-nine times.

Besides, his team was also chosen as the qualifier for 2006 World Cup and 2014 World Cup. He is a player with strong defense ability, Header accuracy. He has an excellent physical endurance with extremely high stamina, kicking power as well as body balance. The defender is also admired for his tenacity.

Marcos Gonzalez is married to Delia Gonzalez and has four children with her named Mateo Gonzalez, Paulo Gonzalez, Trinidad Gonzalez and Benjamin Gonzalez. His estimated salary is 1.032 million BRL. His height is 1.90m and weight is 85 kg. His market value is 300,000 Euros.