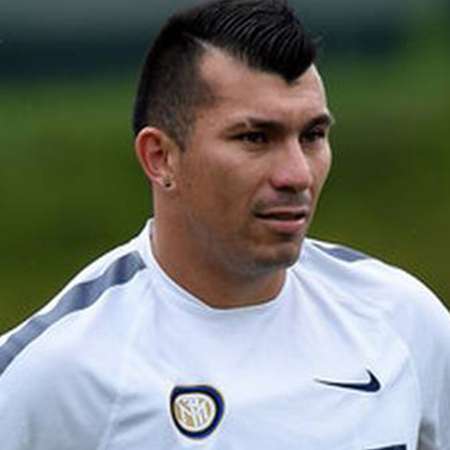 Gary Alexis Medel Soto is the full name for 26-year-old Chilean Football Player, popularly known as Gary Medel. He was born in the year 1987 August 3 in Santiago of the Nation Chile. He has an active right foot in the games. Gary Medel owns the height of 171 cm and has the weight of 76 Kg. The current team for which Gary is playing is from the Chile National Football Team and Welsh Club Cardiff City F.C as the defensive midfielder or Defender. He plays from the squad number 8  NO.18 from the club team. According to the Salary statistics record, his salary is not disclosed but his net worth is around $9 million. His current market value is 5,00 Mill. €. His highest market value was 13,00 Mill. € in 2013. The agent for Gary Medel is Fernando Felicevich.

Gary Medel started his youth career from Universidad Catolica at the very early age in the year 1997. He was in the youth team until 2005. In 2006, Gary was promoted to the first team. He played for this team in 68 different matches bagging 10 goals for the team until he finished his contract in 2009. This was his first team in his professional career. Later in 2009, he joined the famous Spanish Club called Boca Juniors.

He mentioned it was like his dream coming true after joining the club. He played in 56 matches from Boca Juniors giving the team of 9 prominent goals until the season of 2010/2011. In early 2011, Gary made the move to another Spanish Club called Sevilla. Gary Medel has played 78 games until the end of his contract in 2013 at Sevilla. He contributed of 8 goals for the team until the time. In the mid of the year 2013, he joined the team of Welsh Football Club called Cardiff City. Until now, he has the experience of playing in 30 different matches from this club.

In 2007, Gary Medel has debuted in under20 National Football Team of his Nation Chile. He had appeared in 15 matches in this team. In 2008, he was chosen in the Under23 National Team of Chilean Football Team. He played in 8 matches from the team for that year. Since 2007, Gary is in the list of Chile National Football first Team lining in the pitch as a qualified, talented and versatile Defender. He has played in 59 different matches from this National Team bagging 5 goals for the Nation Chile.

Gary Medel has got the nickname of “Pitbull” and also “The Chilean Gattuso” due to his aggressive nature for the game resembling Italian midfielder Gennaro Gattuso. He was named Chilean Footballer of the Year: 2008 and best player by points of the group stage in 2010 World Cup (Castrol Index). Besides, he has given other awards and the achievements of the team. He has got great heading and diving skills.

He is a versatile and talented player. His passing skill is very strong. Gary mostly likes to play long balls, shooting from distance. He plays the ball often off the ground. This energetic Defender has got good speed in the game with the ball tackling skills. He has got good dribbling talent on the ball. However, there is not any significant weakness to be pointed out for this player except his height which is may seem disadvantageous for him on headings.