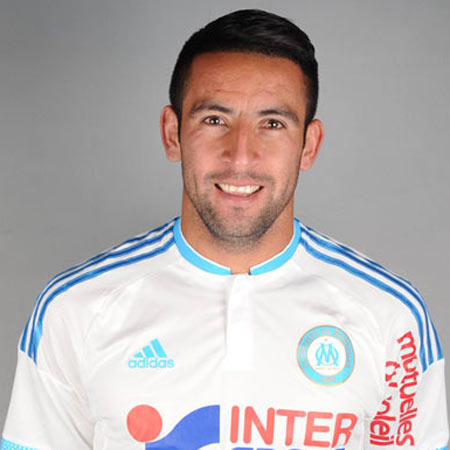 Mauricio Anibal Isla Isla is the full name for Chilean football player who is known as Mauricio Isla. Mauricio Isla was born in the year 1988 June 12 at Buin of the Nation Chile. He cherishes the height of 176 cm and weight of 75 Kg. He debuted in the professional field from the year 2007. According to the salary statistics of 2012, his salary is recorded to be 1.4 million Euro. His current market value is £1.80m. His highest market value was £12.60m in 2012. Leo Rodriguez is the agent of Mauricio Isla. His current Team is Italian Serie A Club called Juventus. He plays in the team as the Right Mid-fielder from squad No.33. Also, Mauricio Isla is representing his nation Chile from the Chile National Football Team since the year 2008.

Mauricio started his youth career from Universidad Catolica in 1999 as a forward but because of his height, he switched to the defender. He remained in this club until 2007. Later in summer 2007, Mauricio Isla started his professional career joining Italian Serie A club Udinese. Isla debuted on late 2007 in the Coppa Italia playing against Palermo. From this club, Isla played 127 matches giving 6 prominent goals for the club. He ends his time in this club in the year 2012. In the mid-2012, Isla made his move to another Italian Serie A club called Juventus. Mauricio stated that joining the strongest team in Italy is like his dream coming true. Until now, Mauricio Isla has the experience of playing 25 games from this club.

Mauricio has been playing for his nation Chile since the year 2007. He has represented Chile in 2007 South American Youth Championship. Since2008, Mauricio Isla is playing in the first team of Chile National Football Team. He has appeared in 44 different matches bagging 2 goals in the name of the Chile National Football Team. In 2007 FIFA under-20 World Cup, Chile had won the third place where Mauricio Isla had scored 2 goals. He has the experience of playing in 2010 FIFA World Cup qualification match, 2011 Copa America and in 2014 FIFA World Cup qualification.

Mauricio Isla is a strong ball passer in the Chilean Team. His Key passes are very strong with the similar strong crossing skills. His strength, speed, vision, tackling skills, creativity, shooting skills, dribbling the ball and then diving into the balls are appreciated. Mauricio Isla can both defend and attack. He is popular in turning the simple possession of balls into quick-paced counterattacks. However, his concentration on the game and the heading skills need to be improved for the better performance in coming days matches for boosting his career.