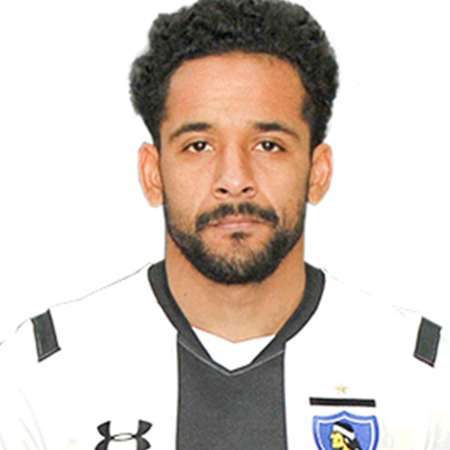 Jean Andre Emanuel Beausejour Coliqueo is the full name for the Chilean footballer Jean Beausejour, who is also known as Palmatoria. Palmatoria is his nickname. Jean Beausejour was born on 1984 June 1 in the city of Santiago of the Nation Chile. This 29-year-old footballer cherishes the height of 181 cm and the weight of 80 Kg. He started his career from the year 2002. His current Team is an English Club called Wigan Athletic Football Club.

He plays as a Midfielder from the club in the squad No.22 for more than two years. Also, he is lined in the Chilean National Football Team as a midfielder. He has an active left foot so he is mid fielding in the left side of the pitch. According to the statistical record, his market value is reported to be 4.000.000 Euros with an undisclosed salary. The agent for Jean Beausejour is Viola FC.

He appeared in 30 games from this club scoring 3 goals for the club. In 2004, Jean signed the contract with a Swiss football Club Servette for a year. He gained the experience of playing in 11 matches scoring a goal. In 2005, Jean joined with Brazilian Club Gremio playing in 55 matches bagging 7 goals. In 2006, he moved to Gent and without playing a match, Jean moved to Chilean Club Cobreloa. He played in 22 matches from this club.

Jean joined O’Higgins in the year 2008. He bagged 13 goals in his 34 matches from the team. In 2009, he signed the contract with Mexican club called Club America. He moved to English Premier League club Birmingham City in mid of 2010 playing 45 matches and scoring 3 goals for Club America. In Birmingham City, he collected the experience of playing in 39 matches bagging 3 goals.

Later in 2012, he started for another English club called Wigan Athletic. Jean has played 76 matches from this club scoring 3 goals so far. Jean is playing for Chile in the Chile National Football Team since the year 2004. He has represented Chile in 57 different matches scoring 5 goals for his Nation.

Jean Beausejour likes to cross and play short passes in the game. He does not eventually dive in tackling the balls as tackling is one of the very weakest points in his game. This is a benefit to the team, however, he needs to improve his skill as it is useful in his career boost. Besides, he is seemed strong in key passing, ball interception, and concentration.

He is good at speed, dribbling the ball, shooting, creativity, and vision in the game, discipline, and durability in the game. Along with the tackling, heading skills also need to be improved by Jean Beausejour for the better performance for the matches in the upcoming days.